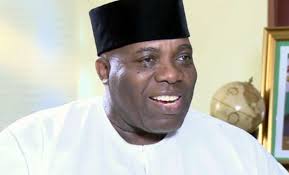 Officials of the Economic and Financial Crimes Commission (EFCC) on Saturday stormed the home of Doyin Okupe, a former aide to immediate past President Goodluck Jonathan.

Okupe made this known on his official Twitter page. According to Okupe, the EFCC operatives arrived his residence in Lagos on Saturday, and asked him to follow them.

He later revealed that they decided to leave on the promise that he will see them on Monday. He wrote: “EFCC just stormed my house in Ilupeju Lagos asking me to follow them. No letter. No letter of IV no warrant. Saturday!

“The officers finally agreed to leave on the promise I will see them Monday. Offence. CYBER CRIME.”

The invasion came barely 24 hours after Okupe had listed areas which, according to him, the government of President Muhammadu Buhari failed.

The former presidential aide claimed Buhari has failed on security, and the fight against corruption.

Efficiency And Discipline In Our Society

Up To 13 People Killed In Barcelona Terror Attack