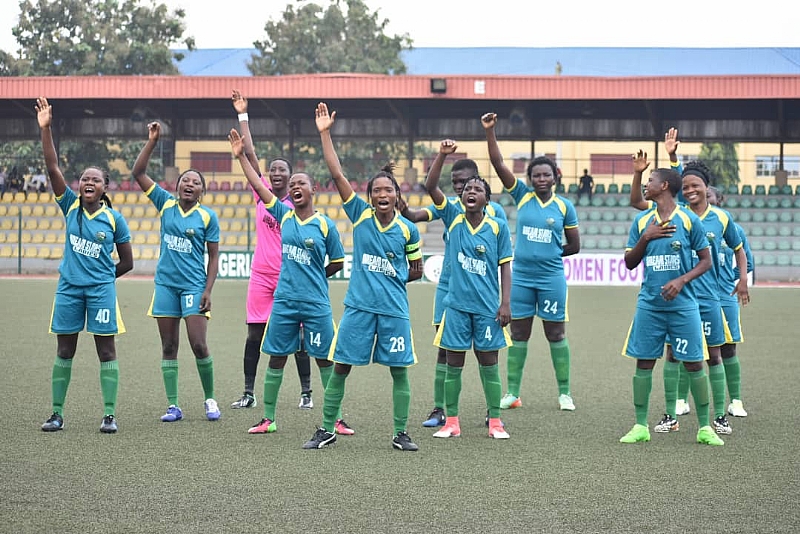 Dream Stars Ladies defeated Invincible Angels 4-2 via penalty shoot out after the regulation time ended 1-1 in the 2019 NWPL Relegation play -off to keep their league status.

The Pride Of Lagos opened the scoring in the 21st minute through captain Judith Nwaogu’s glancing header from Anuoluwapo Salisu’s corner.

Kafayat Bashiru took advantage of the mix up in the 84th minute to restore parity for Invincible Angels.

Both teams failed to find the winner as the match ended 1-1.

Elizabeth Zirike scored the last kick of the shoot out to keep Dream Stars Ladies in the NWPL.

Dream Stars Ladies and Invincible Angels gained promotion from the Pro League at the beginning of the season, but The Pride of Lagos retained their status while Invincible Angels make a quick return to the lower division.

“Kudos to the players for playing their hearts out, I also want to thank the management for their constant support”

Bankole concluded by praising the club fans for their unflinching support

CAFCC; Enyimba and Akwa United Advance To The Next Round