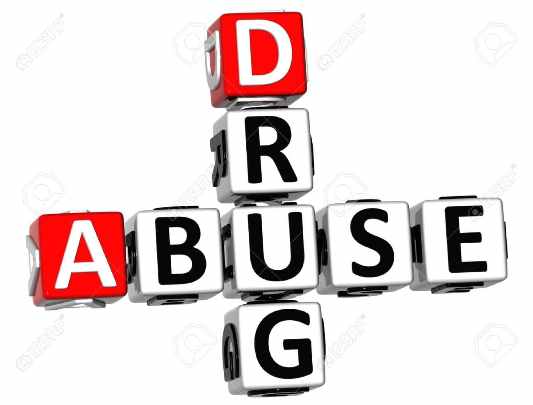 Muslims all over the country have been advised to build a very strong and religious children rather than repairing broken men. This was a ‘take-home’ message at the Special Ramadan lecture organised by Nasirul-Lahi-Li-Fatih Society of Nigeria (NASFAT) Abuja branch, Sunday, titled: The Menace of Drug Abuse: The Islamic Solutions, delivered by Barrister Sulaiman Lanre Ipinmisho, a former Director General, National Drug Law Enforcement Agency (NDLEA) at NASFAT Islamic Centre Abuja.

Bar. Ipinmihso who started his lecture by giving an introduction to what is Drug Abuse, According to him, “Drug Abuse is an extreme desire to obtain and use increasing amounts of one or more drug or substances without medical justification, he pointed out that drug abuse has become a common affliction in the country, costing an incalculable toll on every segment of the society, The consistent and sustained abuse of drug is what ultimately leads to addiction.”.

The Drug Law expert noted that addiction of various types have grown into enormous social problem that are threatening not only individual and families but the entire society. He maintained that addiction is the scourge of the human civilisation, saying that the urgent need to eradicate them is more critical now than ever.

Stressing the need for protecting human dignity, the former Director General of NDLEA said five categories of things must be seriously taking care of. According to him, “Religion, human mind, human body, wealth and human dignity, saying that anything that affects the soundness of the aforementioned are forbidden.”

To him, human mind is not only to be maintained in sound condition but is to be nourished, sharpened and more developed by feeding it with knowledge, he emphasised the importance of knowledge saying seeking knowledge is the greatest virtue in Islam. “Any practice that that would reduce the capacity of human mind is strictly forbidden and even punished by law, such as drinking of alcohol and other harmful drugs.”

Quoting from the Glorious Quran 5:90: “Intoxicants, gambling and stone and divination by arrows are abomination of satanic seduction. Eschew such”. The Drug Law expert stated further that, Allah said in Quran 45: 13: “it is on account of the human sound mind that Almighty Allah has made all that is in heaven and all that is on earth subservient to man.”

In a side interview with Time Nigeria, Bar. Ipinmisho said that people abuse drug on an account of its availability, he added that the agencies that are saddle with the responsibility of making sure that those drugs are not available have to work more on their mandate to ensure they are not available. He added that broken homes are also serving as another cause of drug abuse, he enjoins parents to go back a pick up their responsibilities. He emphasised the need for fathers as the head of family to buckle up and take control of their respective families’ affairs, he said that fathers should not unleash criminals from homes into society.

According to the speaker, “Every armed robber comes from a home and every hired assassin comes from a home. Why should criminals be what your family is contributing into Nigerian society? He quarried. He advised parents to be a celebrated family rather than be a family that contributes anguish and pains to the society.

He relates a story of a Nigerian family in United Kingdom where everybody in the family is a Chartered Accountant, he said, “That is a proud family that everybody would want to associate and identify with and not a family of an armed robber.”

He tasks government to live up to the billings to safeguard society. He said: “Governments need to understand more and this is very critical. All the government sleepless night as President, Governors, and Ministers and so on is on nothing but human content.”

Proffering solution to the menace of drug abuse in Nigerian society, Ipinmisho said that there are no societal ills that Islam does not proffer solution. He said: “A Muslim is both personally responsible to God and part of wider Muslim community. He stressed the need for Muslims to contribute to the life of society, he added that people derive their identity from such attitude.

He encourages Muslims that community members’ support should not only be confined to their immediate family, but extends to wider community. He said, “The most beloved to God are those who are caring towards God’s creation”.

He urged Ummah to revitalise religious values and bring these values in to lives, saying that the fear of God can prevent this social menace.

Ipinmisho said, drug abuse can be tackled Islamically, he highlighted self-preservation, blessing of Islamic prohibitions, prayers and fasting as a means of strengthening the souls, education as well as rehabilitation.

According to him, “In overcoming drug abuse and addiction, one is required to shun heedlessness and fell remorse for having allowed one’s soul to be controlled by one’s lower desires.

“For others who, although self-aware to some extent do succumb momentarily to evil inciting soul, the remembrance of the Divine and His commandments are often sufficient to restore the balance and quickly exit the state of heedlessness.”

He said: “Islam recognises the perils of such self-destructive behaviours. While prescribing permissible ways of fulfilling certain legitimate desires, Islam clearly draws the line around certain types of behavious and strikes them at the root. Consequently, alcohol, drug consumption, and gambling are strictly prohibited, even in small quantity.”

He further stated that, “When one reflects on the havoc caused by alcohol and drug abuse and addiction, and other vices, one can only see the prohibitions and injections of Islam as a great blessings to human race. The divine prohibitions ensure that even if one does not sees wisdom behind abstinent from these evils, one is guarded by adhering to certain norms in a spiritual frame of reference.”

The legal practitioner and Drug Law expert said, to bring to an end the scourge of drug abuse and addiction, he said, a holistic view of the human soul is essential. He added that: “Islam provides both a world–view and spiritual system that elevates the human being by empowering soul to fulfil the divine mission.”

In his remarks, the Chairman NASFAT branch Dr Nasir Raji appealed to parents to be watchful of their wards right from home to school and every other place they go. He said parents should pay unscheduled visits to their children in both secondary schools and higher institution so as to know the type friends they are keeping. He appreciated the lecturer and acknowledged that he did justice to the topic. He concluded.

May 25th: An African Liberation Day