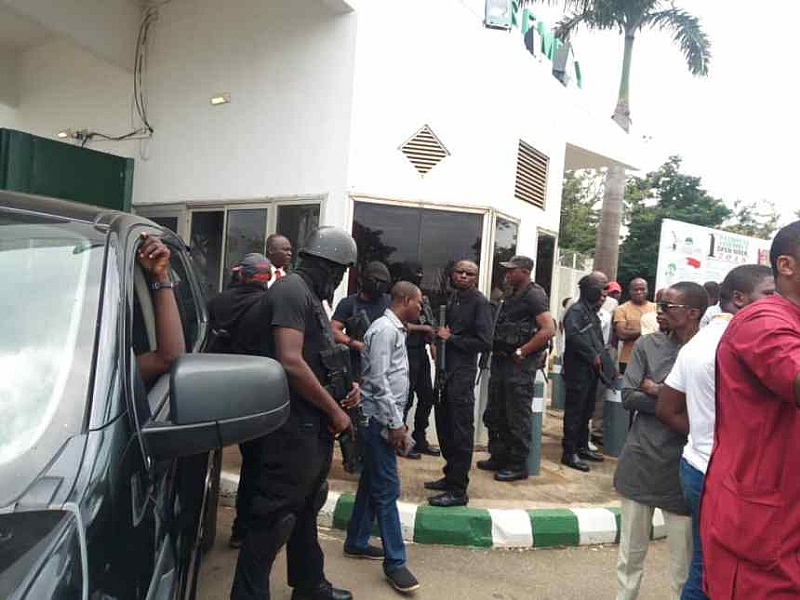 The recent political developments in Nigeria are worrisome. It's not unconnected with the next year 2019 general elections. Wherein Political gladiators align and realign to achieve their selfish political interest to further impoverish the Nigeria people. The gale of cross-carpeting and obvious government selective economic crime prosecutions are copious indication to these facts. Politicians are already busy reappraising alliances and pursuing new ones all in a bid to be advantageously placed to win the votes of the electorate. None of these meetings currently being held focus on ideological parameters. All that people appear to be concerned with is simply associating with those with whom their personal political objectives stand a better chance of being achieved. Soon in almost all the states of Nigeria, campaign posters will become common sights. However, despite the diverse method these Politicians have chosen to sell themselves, what remains common are the promises being made to Nigerians. Yet these same promises were made in the run up to the last general elections. If left unchecked, the current spate of cross-carpeting will spell disaster for democracy in Nigeria. It will continue to foster the notion that the interests of Nigerian have no role to play in the determination by politicians of the question whether they should remain on the political platform on which they sought the votes of the electorates. It will continue to promote the belief that attainment of political office rather than being the means to an end is the end in itself.

Nigerians woke up early morning of Tuesday the 7th of August, 2019, to hear of the invasion of the Nigeria's legislative arm of government, a critical pillar ofdemocracy, by the operatives of the Department of State Security (DSS), an agency of the executive of arm of government. The act was a democratic sacrilege with impunity on the independence of democratic institutions, an affront on democracy, the sacred symbols of our collective will as a people and most unfortunate, a breach of our National Security. It was also an infraction on democratic core values and culture which pride itself on the rule of law, separation of powers, and constitutionalism, which President Muhammadu Buhari, sworn to protect, preserve and uphold during his inauguration ceremony in 2015. It is my concern that the barricade of the National Assembly represents a series of repressive actions by the executive arm of government that poses key questions about Nigeria’s practice of democracy. This falls into a growing list of premeditated effort to destabilize constitutional order by this government.

The invasion of the National Assembly effectively stalled the emergency meeting of the lawmakers to deliberate on national assignment to consider the about N228 billion budget submitted by Independent National Electoral Commission for the 2019 general elections and other critical spending approvals for the country during the aborted emergency sitting.

The siege on our elected legislators was a fundamental violation of Nigerians rights to freely assemble in a representatives’ democracy to make law for good governance for the common good of the people as enshrined in the Nigerian Constitution. The loathsome action of Department of State Security (DSS) blockage on the representatives of Nigerians was an aberration and strongly condemnable. It invoked sad reminiscence of our past military regimes, where military interregnum reign supreme through coup d’état, with the suspension of constitutionalism and the legislative arm of government as its first casualty of the junta. I still believe that the legislature as an independent arm of government must be allowed free reign for vibrant contestation of ideas and values amongst its members within the context of their constitutional mandate and for the benefit of the Nigerian people.

The whole culpability lies with the executive arm of government, who controls the security agencies responsible for these antidemocratic tendencies. However, Acting President, Professor Yemi Osinbajo said the siege at the National Assembly was unauthorised shortly after he sacked Lawal Daura, the former Director General of the Department of State Security (DSS), and restated the administration’s commitment to the rule of law and respect for independent authorities. The monumental nationwide uproar and international embarrassment has dented the image of Nigeria within the comity of Nations, as a country with no respect for the doctrine of separation of powers.

It is my humble submission that the sacked former Director General of the Department of State Security (DSS), Lawal Daura, be prosecuted for breach of National security and abuse of public office, unlike the case of Babachir Lawal, former Secretary to Government of the Federation, that sweep under carpet, despite found guilty of complicity in the scandalous N200 million grass-cutting contract, to serve as deterrence to others and curtail the growing attack on constitutionalism, corruption and other brazen acts of impunity in Nigeria.

Law enforcement agencies should stay neutral and ensuring that independent institutions can operate in line with their constitutional mandates, free from interference and intimidation.

This is a wake-up call for the Nigerian Judiciary to be steadfast as our last hope to defend our hard earned democracy from ominous descent into dictatorship. Democracy is under attack in Nigeria.

Reflections on the DSS’s Siege of the National Assembly

71 thoughts on “Dss Siege: An Affront On Democracy In Nigeria”