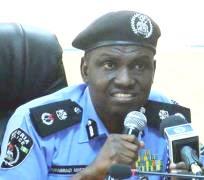 As Christians mark the death and resurrection of Christ, the Delta State Commissioner of Police (CP) Muhammad Mustafa, has assured Deltans of adequate security before, during and after the Easter celebrations.

Mustafa, charged Christian worshippers to be vigilant against miscreants who may want to attack their homes and other public places such as worship centres, shopping malls, cinema halls, markets and highways.

The CP, who stated this during a brief security chat with the commanda��s management team, noted that the Command has already stepped up security in the state through astute and effective deployment of equipment and men throughout all the nooks and crannies of the state.

In a release made available to journalists Friday by the Police Public Relations Officer (PPRO) DSP Andrew Aniamaka, the police boss reiterated that the Command is committed to optimum discharge of its statutory mandate of saving lives and property, ensuring peace and order at all times, the CP called on the public not to delay in furnishing the police and other security agencies with useful information that would enable them serve the people and the state better.

The CP, while wishing all Deltans happy Easter celebrations, also called on them to observe minimum level of security consciousness and to take appropriate measures towards their personal protection and other personal effects.