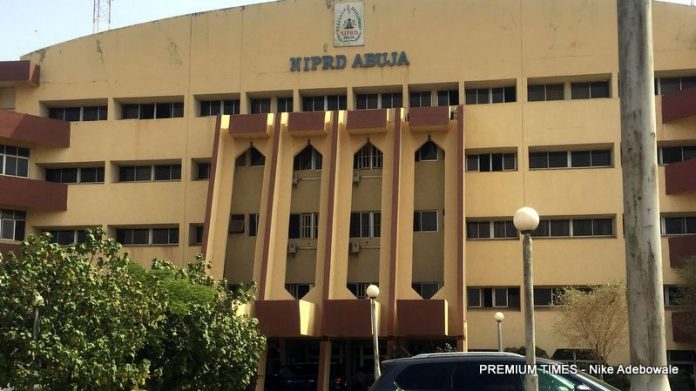 The National Institute for Pharmaceutical Research and Development (NIPRD) has said it has successfully researched and developed six traditional herbal products for the treatment of Ebola, Malaria and other diseases.

Prof. Karniyus Gamaniel, the NIPRD Director-General, said this while presenting the score card of his eight-year tenure (2009 to 2017) in Abuja on Friday.

The programme, organised by NIPRD, aimed to present the products researched and developed by the institute and present staff service awards to deserving worker.

He said that a�?NIPRIBOLa��, a fixed dose combination drug was developed by the institute for the treatment of Ebola Virus disease, adding that the institute had completed the Phase I study of the drug.

Gamaniel said that the institute had also developed a�?NIPRIMALa��, an anti-malaria for treatment of uncomplicated malaria, stating that the drug was also safe for use by pregnant women.

Others are: a�?NIPRIMUNEa�� an immunostimulant which can also be used to manage HIV in Nigeria and a�?NIPRIFANa�� for the treatment of fungal skin infection.

He said that another product developed by the institute, a�?NIPRD Oila��, could be used as a nasal decongestant, insect repellant, air freshner and an anti-inflammatory agent.

He however noted that excessive use of this oil could cause irritation.

He said that a�?the institute has also developed a�?NIPRISANa�� for the management of sickle cell anaemia. We are currently concluding plans to carry out commercial production and distribution of this product.

a�?We have developed and implemented various institutional policies for effective governance, this include the scheme and condition of service, intellectual policy and quality management system.

a�?We have also ensured the introduction of traditional herbal medicine into the national health system and established partnerships with local and international organisations.

a�?The core competence of NIPRD is in the development of phytomedicines from indigenous plants and products, clinical trials, among others; we are a quality assured institute,a�? Gamaniel said.

He said that presenting a report was necessary as it would serve as a baseline for the new leadership and provide an opportunity for new strategies to be introduced.

The institute presented awards to over 150 staff for their hard work and dedication to the growth of the institute, and the research and development of traditional herbal products.

The Federal Government in 1987 approved the establishment of the institute as a parastatal under the Federal Ministry of Science and Technology.

It was established with the primary objective of developing drugs, biological products and pharmaceutical raw materials from indigenous resources towards the growth and development of the country.

The institute was later moved to the Federal Ministry of Health in 2001.