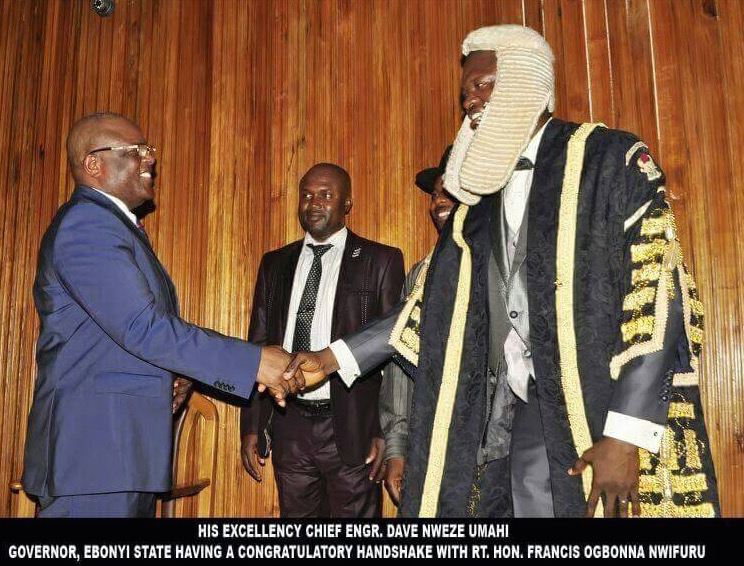 Hon.Nwifuru who is a third term lawmaker emerged unopposed the same way his Deputy Hon Obasi Odefa on his fourth term during the inaugural session of the state legislature.

The Speaker, Hon Nwifuru after taking his oath of office read a letter written by the leader of Peoples Democratic Party in the state, Governor David Umahi requesting the honourable members to accept the party’s nomination for the position of other floor functionaries.

Those nominated were Victor Chukwu representing Ezza North east for the position of the leader, while Ogbonnaya Ikoro is for the Deputy leader. Also, Humphrey Nwuruku is for the Chief whip and Benjamin Ezeoma of Ebonyi North east constituency.

In his acceptance speech, the speaker, Hon Nwifuru commended the Governor for giving them tenplate to operate in the discharge of their legislative duties and promised speedy acceleration of any bill sent to the House.

The Speaker inaugurated other honourable members who took their oath of office and oath of allegiance except Chinedu Awo of Ohaukwu South and Victor Aleke of EbonyiNorth west.

The duo were said to have failed to submit their certificate of return and forms from code of conduct burea.

The Clerk of the House, Mrs Patricia Anyansi presided over the session.