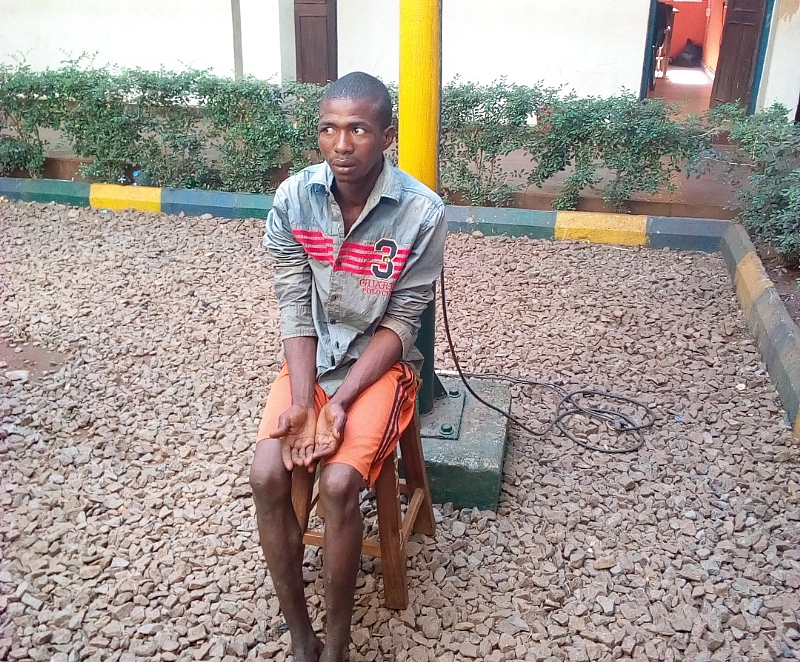 Parading the suspect at the state headquarters, Commissioner of Police, Ebonyi command, Mr Awoshola Awotinde said the suspect will be arraigned in the court after investigation.

The CP urged residents of the state to remain calm and go about their lawful activities as the command has already beefed up security in the area.

The CP said, “On December 28, 2019 at about 8:pm, one Laulo Isa, a Fulani herdsman aged 20 years accosted and waylaid one 54 years old Mary Okereke on Ufuezeraku Ugwulangwu road in Ohaozara local government area.

“There was a struggle between the two of them but he overpowered the woman and had carnal knowledge of the woman. Unfortunately, the woman lost her life during the incident.

“Through the concerted efforts of my DPO in Ohaozara with the assistance of the youths in the community, they began a search for the suspect who unfortunately left his cap and slippers in a bid to escape from that scene.

“So, with the assistance from two other Fulani guys, we were able to identify him through that cap and slippers and he was subsequently arrested and he is now with us and he is going to face the full weight of the law. The suspect is going to court this morning.

“The deceased is in the hospital for autopsy. I want to use the opportunity to assure the people of Ebonyi state that they don’t have anything to fear because the police is ready to provide security for all abiding citizens.

The suspect, Laula Isa from Nassarawa state in an interaction with newsmen admitted having sex with the woman once despite her resistance, only that he was drunk and couldn’t say how she died

Continuous Detention Of El-Zakzaky, Dasuki Is An Act Of Treason, HURIWA Tells Buhari