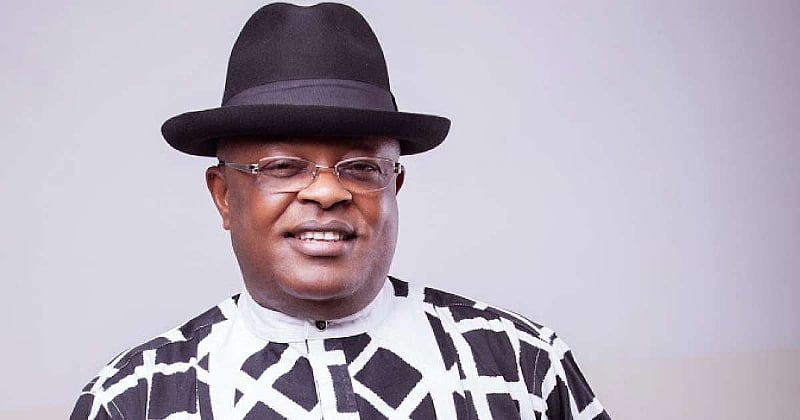 Ebonyi state government has approved the establishment of a Cement factory ( EBOCEM) at okpoto in Ishielu local government Area of the state.

Briefing newsmen on the outcome of the state Executive Council meeting, Commissioner for Information and State Orientation, Senator Emmanuel Onwe said a committee to be chaired by the Commissioner for solid minerals Engr. Francis Orji has been set up to actualize the dream.

His words” the Council has approved the establishment of Ebocem, which is a company that will be responsible for the production of cement, and the site will be sited at Okpoto.

“Government will take 10% share of the stakeholders in that company. A committee chaired by Engr. Francis Orji, the Commissioner for Solid Minerals , was set to drive the actualization of the company ” he stated.

“Ebonyi State University has established a radio station 88.4 fm and the Faculty of Engineering is also created”.

Similarly, the Commissioner for Security and Boarder Peace, Dr Kenneth Ugbala announced that the problem rocking Abakaliki and Ikwo Local government Areas has been resolved peacefully .

According to him, the State Government acquired the disputed land and shared the land between the people of Enyigba community of Abakaliki LGA and Enyibuchiri community of Ikwo LGA.

Meanwhile, Ugbala disclosed that the miscreants that were responsible for the killings of the Innocent Ebonyians on 5th and 6th April must be fished out and made sure that they face the full wrath of the law, adding that the primary responsibility of Ebonyi state government is to protect the lives and properties of every Ebonyi citizens.