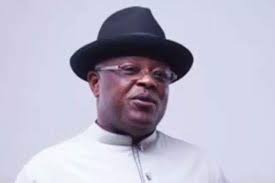 The people of Echara community in Ikwo LGA of Ebonyi State yesterday said three boys from the community are still missing after the attack that led to the burning to death of 7 family members from Okpeera village of the community.

The town union President of the community, Hon. Nwonu Sunday disclosed this when the state governor visited Ikwo LGA to commiserate with the family who lost 7 persons in the attack.

Recall that 7 family members of Ikwo origin returning from Ebonyi State University matriculation ceremony last month were burnt to death along Enyigba/Ikwo road by suspected warlords working for Enyigba community in Abakaliki LGA following a renewed boundary dispute between the community and Enyibichiri in Ikwo LGA of the state.

The two communities have been enmeshed in intractable boundary dispute for years that have led to the death of many and destruction of properties worth millions of naira.

Nwonu explained that the three boys who were returning from the matriculation ceremony on motorcycle were abducted the same day along the same axis where the other members of the community were burnt to death.

Nwonu said the information available to them is that the three boys are being held captive at a forest where they are tied to trees by the people of Enyigba.

He appealed to the governor to prevail on the people of Enyigba to free the three boys.

“If the killing of the 7 members of John Nweke’s family is what would bring permanent peace, we can’t question God, because he knows everything.

“But we want to appeal to the Governor to ensure that the three of our youths who have been missing since the incident are released to us.

“We are hearing rumors that they are tied in the forest by Izzi people. Let them be released to us”, he said.

“At least, we are consoled by the fact that we saw the corpses of those that were burnt and confirmed they are dead but the other three people, we can’t say that they are dead or alive because we didn’t see their bodies”, he said.

While thanking the state governor for his concern, Nwonu said they have refused to go to war despite repeated provocations from neighboring communities, because they have sworn not to do so.

Also speaking, Mr Andrew Nteh, corroborated the ordeals of the community adding that his son, Udoka is one of the three boys missing.

He urged Government to rescue the trio, adding that the only way there could be permanent peace was for government to fish out the killers of their people who were returning from matriculation.

Nteh said the community is being provoked from all fronts by other neighboring communities but they would continue to maintain the part of peace so as not to pose any problem to the state government.

Mr. John Nweke who lost 7 members of his family commended the state government for showing concern but appealed to the governor to come to his aid.

In his speech, the governor who was represented by his Senior Special Assistant (SSA) on Welfare and Religion, Rev. Fr. Abraham Nwali, urged the deceased family and the entire community to take heart over the loss.

Nwali who led other Ministers of God and CAN leadership to the condolence visit assured that government was doing everything possible to ensure lasting peace in the state.

He said that Government has set up judicial panel of inquiry to investigate the crisis and assured that anybody found culpable would soon be brought to book.