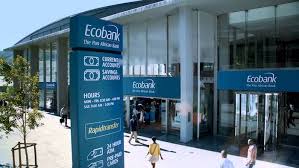 Lagos, April 2, 2020 – Ecobank Nigeria says its customers now enjoy zero charge for digital money transfers below N5,000 being part of its corporate actions to cushion effects of the lockdown to check the rising spread of Coronavirus. Patrick Akinwuntan, Managing Director, Ecobank Nigeria who stated this in Lagos said this policy which started in March will last till 30 April to encourage citizens adopt digital banking that supports safety measures, particularly the social distancing campaign, to prevent the spread of COVID-19.

According to Mr Akinwuntan the bank’s priority is peoples’ wellbeing and it is therefore determined to support everyone in the face of unplanned shutdown which already have huge economic impact citizens. He reiterated that users of Ecobank Mobile, Ecobank Online,USSD-Ecobank *326#, Omni Lite, are now charged zero fee for their transfers below N5,000 using their Business Credit Cards. Before now Ecobank customers who performs transactions on the bank’s platform by dialing *326# does so free of the USSD session fee.

“We are determined to support the Nigerian government and to ensure impact of the business shut down is minimal on the citizens. We encourage our customers to utilize our digital self-service solutions, including Ecobank Mobile App, Ecobank Online, EcobankPay, Ecobank OmniPlus, Omni Lite and the RapidTransfer App without having to visit branches. This is as part of our efforts to ensure social distancing which will help curtail the spread of COVID-19. By utilizing these digital offerings, you can easily access your bank accounts, make payments, transfer funds, process salaries, and carry out your other ancillary banking transactions from the comfort of your home and office without visiting the branch”. Mr Akinwuntan stated.

Also speaking, Olukorede Demola-Adeniyi, Head of Consumer Banking, Ecobank Nigeria, says customers who are yet to upgrade to the new Ecobank Mobile App 4.0 should quickly do so. The Ecobank Mobile App is available for all banking transactions because of its versatility and salient benefits which include the following;

Further, Mrs. Demola-Adeniyi, reiterated that the Ecobank Mobile app supports customers to pay the fast and stress-free way with EcobankPay by simply scanning the QR code or dial *326*6*Amount*Terminal ID# to pay. “It saves you PoS charges and less human contact. When next you are at the store and need to pay, just ask the merchant for EcobankPay. Regardless of what you want to achieve, the Ecobank Mobile App is available for you”. She noted.