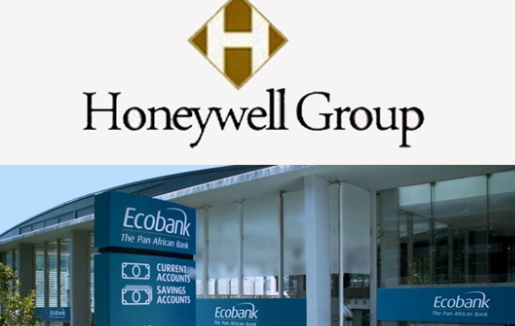 Lagos (Wednesday 14th February): The Chairman of Honeywell Group, Oba Otudeko, today confirmed that the Honeywell companies are no longer indebted to Ecobank Nigeria. Otudeko said Honeywell had paid a total of N3.5 billion to Ecobank as full and final settlement of all its obligations to the bank.

Otudeko made this statement today (Wednesday, 14th February) when he gave evidence in the ongoing matter instituted by Honeywell against Ecobank before His Lordship, Justice Idris, of the Federal High Court, Lagos Judicial Division.

Led in cross-examination byHoneywella��s counsel, Chief Wole Olanipekun, SAN, Otudeko affirmed that the Honeywell companies, following an agreement reached with the MD of Ecobank Jibril Aku and other executives of the bank on July 22nd 2013, paid a total sum of N3.5 billion as full and final settlement of Honeywella��s obligations to the bank.

Prior to giving evidence, Ecobanka��s counsel, O.A. Divine sought to stall proceedings by making an application to adjourn the matter on the basis that yet another appeal and an application for stay of proceedings had been filed just yesterday at the Court of Appeal.

Honeywell a�?s counsel, Chief Wole Olanipekun, SAN however objected to the oral application for adjournment stating that the matter for the day was the delivery of a ruling regarding the issue of cross examination of Ecobanka��s witness, Dr. Oba Otudeko. Olanipekun said the application was an abuse of court process as it was an attempt to arrest the ruling of the court.

After listening to arguments of counsel, Justice Idris ruled that he was unable to place any value on the application to stay proceedings because the copy presented to the court by Ecobanka��s counsel was not a certified-true-copy. On the issue of the matter for the day, Justice Idris also affirmed that indeed the a�?ruling of the court cannot be arresteda�?. Justice Idris subsequently ruled that cross examination should proceed.

It appears that Ecobanka��s strategy to call Oba Otudeko as its star witness fell flat on its face as counsel was unable to extract any testimony from Otudeko to support Ecobanka��s case. Despite being the party that invited the witness, Ecobanka��s counsel abruptly declined to proceed with the witness.