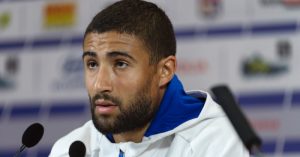 Chelsea have reportedly identified two players that they could pursue in the event that Eden Hazard leaves the club this summer.

Though Hazard leaving is very much the worst case scenario, it’s best that the club are prepared in case our nightmares become reality.

Hazard appears open to joining Real Madrid, who would no doubt be keen on signing him to replace Cristiano Ronaldo.

Whether or not Chelsea are prepared to sell remains to be seen. It may well boil down to whether Florentino Perez is willing to stump up some serious case.

Just in case he decides to do so, Chelsea have decided to prepare themselves by identifying two potential replacements.

The report claims that the pair are valued in the region of €70M, which would surely be just a small chunk of any potential transfer fee for Hazard.