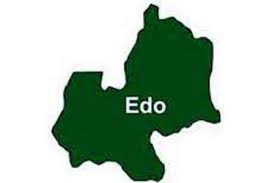 France and Germany, one-time dead-locked adversaries once locked horns and thus became the cynosure of all eyes as the battle for supremacy raged via three bitter wars – the Franco-Prussian War between 1870 and 1871, World War I between 1914 and 1918 and World War II between 1939 and 1945 respectively.

These were in deed devastating times in human history that brought about large-scale destructions and avoidable deaths.

History recorded that the Franco-German wars stemmed from deep-rooted hatred by the former for the latter but this unavoidably changed in the course of time particularly after the historic reunification of the two Germanys about 30 years ago.

The belligerents while engaged in a deadly combat employed a deadly volley of canisters that incinerated all life’s forms in that part of the Old World.

What the world had thought impossible between the two arch-adversaries became a thing of the past as they put their rivalry and differences aside for Europe and the rest of the world to move forward.

We see a similar scenario unfolding dangerously in one of the federating states of Africa’s biggest democracy, south of the Sahara.

As we move closer to Edo State governorship election slated for the last quarter of 2020, reports reaching this writer say that the state is engulfed in pre-election violence .

What a wonder our political class often allows political history to repeat itself!

We can all recall “Operation Wetie” from dim memory which interpreted in English to mean “soak him in petrol and set him ablaze” during the federal elections in the defunct Nigeria’s Western Region.

That harrowing episode remains a violent event that brought about a huge conflagration over the region by two political factions, the Hausa-Fulani natives and some members of the Nigerian National Democratic Party ( NNDP) in Nigeria’s First Republic which fortunately or unfortunately prepared or set the stage for a coup d’etat.

The use of powerful explosives between two political factions, if you ask me, is ill-advised at this material time.

The ongoing differences that make them differ could be resolved to pave the way for a peaceful election in the state.

Europe had thought it would be difficult, if not almost impossible, to settle the rift between Germany and France at the period under review but as luck would have it the two countries today have emerged as Europe’s strongest allies!

Edo State is greater than any individual or political factions if the truth must be told. We cannot fold our hands while a few ambitious men turn our state to a theatre of war.

This, I dare say, will not be in our best interest after all.

I have it on good authority that attempts have been made to broker peace between the deadlocked adversaries tearing our state to shreds which ended up in smoke – this speaks volumes for the savage and crude mind of the African man.

Today, our people are in limbo while our political gladiators throw deadly punches. This could cause a lot of distractions if we need reminding.

All I crave under the existing circumstances is an Edo State without weapons and violence.

ON SHEIKH ZAKZAKY’S 66TH BIRTHDAY, HE REMAINS UNJUSTLY IMPRISONED FOR THE 17TH MONTH IN A ROW