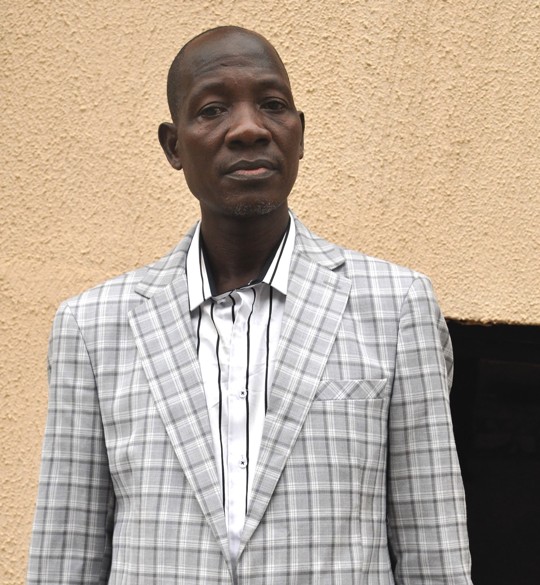 The Economic and Financial Crimes Commission, EFCC, on April 18, 2018 arraigned the Managing Director of Margif Properties Limited, Yohanna Margif and the company, Margif Properties Limited before Justice O.O. Goodluck of the Federal Capital Territory High Court, sitting in Maitama, on a four-count charge, bordering on conspiracy, forgery, and obtaining by false pretence.

Margif was arrested by the EFCC, following a petition by one Prince Julius Okojie, the Chairman/CEO of Shamah Emporium Ltd.

The petition, received on July 11, 2013 exposed the activities of a syndicate of land scammers, alleged to be in possession of forged Right of Occupancy (R-of-O) of Plot 7 Kyami District, among other such fake documents.

Investigations into the petition revealed that Margif forged the Irrevocable Power of Attorney and an Offer of Statutory Right of Occupancy, in favour of Yakinah Investment Department Company limited, yet issued same as genuine documents to his victims.

Count 3 of the charge reads:

a�?That you, Yohana Margif, being the Managing Director of Margif Properties Limited and you Margif Properties Limited on or about the 7th day of June 2013, in Abuja, within the jurisdiction of this Honourable Court, fraudulently forged an Offer of Statutory Right of Occupancy in favour of Yakinah Investment Development Company Limited in respect of Plot No 7 Cadastral Zone E23 Kyami District, Abuja and thereby committed an offence contrary to Section 363 of the Penal Code Act and punishable under Section 364 of the same Acta�?.

In view of his plea, S.A. Ugwuegbulam, the prosecuting counsel, prayed the court for a date to commence trail.

The defence counsel, R. N. Mbu, informed the court of the defendanta��s application before it.

a�?My lord, before you is a motion on notice for the defendanta��s baila�?, said Mbu.

Ugwegbulam, however, informed the court that the motion was received by the prosecution on April 16, 2018 and that it was not due for hearing.

a�?The prosecution is entitled to two days which expires at midnight today, moreover, I intend to oppose the motion,a�? he said.

Justice Goodluck, thereafter, adjourned the matter to April 24, 2018 for hearing of the defendanta��s bail application.