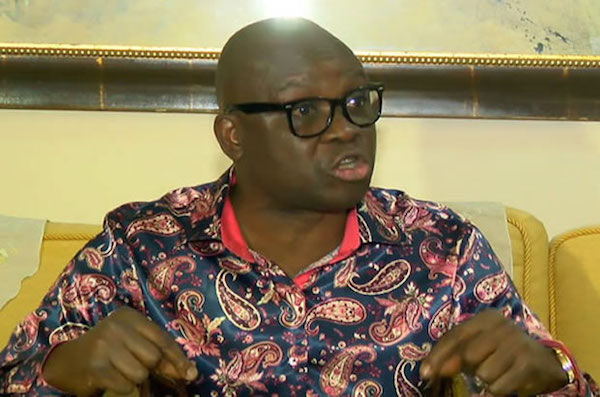 Governor Fayose, who said that Governor Yari, as the leader of all the State Governors in Nigeria deserved some level of respect from Magu and his gangs in the EFCC, added that “Rushing to court to seek forfeiture of properties on which no one had been convicted and maligning the NGF chairman is to say the least, irresponsible.”

“It is like a man stealing your money and now coming back to give you conditions to refund the money he stole and also telling you how to spend the money,” he said.

The governor said it was the height of rascality for the EFCC to keep feeding the public with falsehood and maligning the hard-earned integrity of Nigerians, especially former and serving governors.

“This persistent media trial is the reason EFCC has lost most of the high-profile corruption cases at the law courts.

“For instance, EFCC was the one that investigated and it was the one that went to court to file ex-parte application, seeking interim forfeiture of N500m and $500,000 it claimed was looted from the Paris Club refunds. No defence from any of the accused.

“Yet, Governor Yari is already being presented to the public as a thief by the EFCC. This irresponsibility must stop because these attacks on the person of NGF chairman by Magu and by extension the entire governors in Nigeria must stop,” he said.

Sanusi blows hot against Northern Leaders, says nobody can stop him from saying the truth