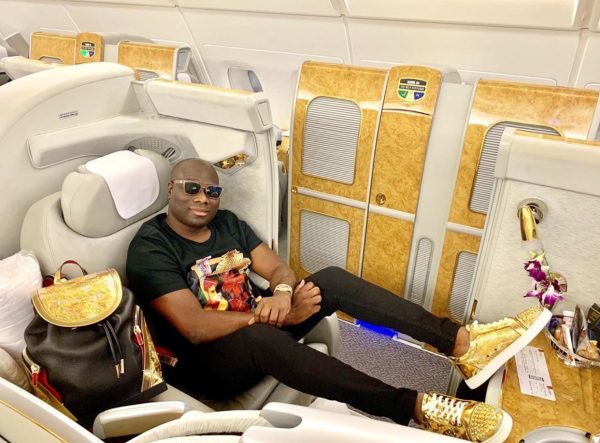 The Economic and Financial Crimes Commission, (EFCC) has explained how suspected internet fraudster and social media celebrity, Ismaila Mustapha aka Mompha; and his Lebanese accomplice, Hamza Koudeih were arrested after allegedly laundering the sum of N33billion.

According to a statement on the website of the anti-graft agency, Koudeih is a Lebanese, resident in Lagos, Eko Atlantic Pearl Tower

“He has high net worth allies that include social media celebrity, Ismaila Mustapha popularly known as (Mompha), whom the Commission picked up on Friday, 18 October 2019 at the Nnamdi Azikiwe International Airport, Abuja, while he was on his way to Dubai, United Arab Emirate. Mompha’s arrest laid the path to that of Koudeih,” the statement read in part.

EFCC also added that Mompha camouflages as a bureau de change operator and has used his firm-Ismalob Global Investments Limited-to launder about N14 billion while Koudeih through his THK Services Limited and CHK properties Limited has laundered about N19 billion.

“Evidently, the two are kingpins in a criminal web of cybercriminals who through the three firms, laundered a jaw-dropping N33 billion.

“Before the arrest, EFCC added that both men had featured on its and United States’ Federal Bureau of Investigation (FBI) radar as a high valued target in Organised Cyber Syndicate Network (OCSN) and particularly as honchos in a trans-national network of cybercriminals.

“Worrisome is that Mompha was able to successfully operate 51 fraudulent bank accounts, through which the monies were laundered even with the enhanced account tracking and surveillance which the Bank Verification Number (BVN), introduced by the Central Bank of Nigerian in February 2014 provides,” the statement added.

“The lack of cooperation from the Lebanese as well as that from the owners and administrators of Eko Atlantic Pearl Tower left the EFCC with two options-beats a retreat or muscle through. It settled for the latter, reinforcing with men and breaching tools against the armoured door.

“The operatives relentlessly deployed the tools against the door, expending more than three gruelling hours before they overcame.”

Everything Is Messed Up In Kwara State, Decay Will Take Years To Fix, Gov AbdulRazaq Laments

8 thoughts on “EFCC Reveals How They Apprehended Mompha, Lebanese Friend”