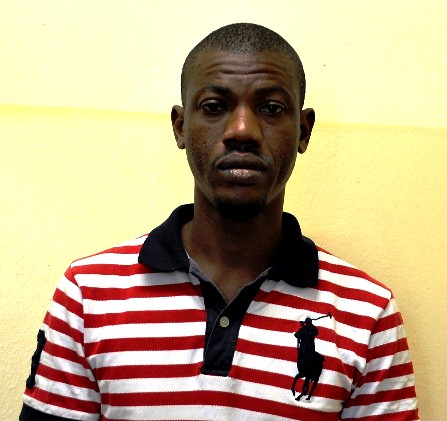 The trial-within-trial in a case involving one Dairo Samson, who is facingeight counts of theft, criminal breach of trust and advance fee fraud continued on Wednesday, November 29, 2017 before Justice A. R. Mohammed of the Federal Capital Territory High Court sitting in Jabi, Abuja.

The defendant allegedly defrauded the Federal Government to the tune of N11.3million.

Samson’s arrest and subsequent prosecution by the Economic and Financial Crimes Commission, EFCC, was sequel to a petition dated February 23, 2016 from Minister of Finance, Kemi Adeosun, requesting for “payroll fraud investigation” as part of efforts to unravel various techniques used by fraudsters to defraud the Nigerian government.

Samson was said to have committed the fraud between 2013 and 2017 in connivance with one Saliu Olushola (aka Nokia), using various aliases including Momoh Hassan, Umar Musa and Umar Obele Musa.

In one of his numerous atrocities, Samson allegedly stole N5,673,503.64 from the Federal Government by creating fictitious accounts for salaries and allowances, using his various aliases.

The offence is contrary to Section 287 of the Penal Code Act, Laws of Federation 2004.

Arraigned on Tuesday, March 7, 2017, the defendant pleaded not guilty to the charges, thereby setting a stage for the prosecution to present its witnesses.

Testifying, Adamu Garba, who investigated the case, told the court that Samson was among “ghost workers” using fictitious names and account numbers to collect salaries from the Federal Ministry of Finance, Federal Ministry of Works, and the National Population Commission.

Garba, who testified as the first prosecution witness told the court that Samson was arrested at a new generation bank in Lagos, at the instance of the EFCC, and handed over to the Commission on March 22, 2016.

The defendant however challenged the voluntariness of the statement obtained from him by the EFCC, prompting Justice Mohammed to order for commencement of a trial-within-trial.

In the trial-within-trial which began on September 21, 2017, counsel to the EFCC, Deborah Eteh tendered documents including bail application, bail condition and bail bond signed by Samson, which were all admitted as exhibits.

At today’s sitting, Eteh further argued to the effect that the statement of the defendant was voluntarily rendered. She also tendered in evidence, an internal memo for a request for the remand of Samson dated March 2016, which the court admitted as exhibits PW1 U1.

Sowore Nominated As Prisoner Of Conscience By United States Congressman