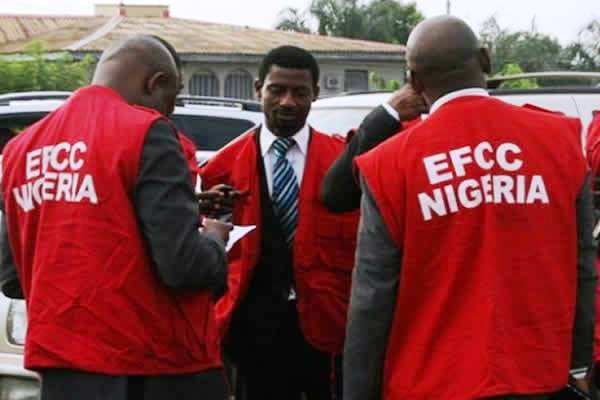 The Economic and Financial Crimes Commission (EFCC), would today Wednesday 25th April 2018, prosecute Senator Peter Nwoaboshi, the Delta North Senator, representing the District at the National Assembly (NASS), who addresses himself as a�?Miracle turns Oraclea�? before a federal court in Lagos State.

News filtered into Asaba that Nwaoboshi was to be charged to court Tuesday, however, it was learnt that the anti-graft team arrived late and could not head to the court on Tuesday but would be arraigned today before Justice Mohammed Idris, of the Lagos Division of the Federal High Court. .

Our correspondent reliably gathered that the Senator would be charged alongside his company, Golden Touch Construction Projects Ltd, and Suiming Electricals Ltd on a two count charge of money laundering.

Count one of the charge accused the Senator and Golden Touch Construction Project Ltd of fraudulently acquiring a property known as Guineas House situated at Marine Road, Apapa in Lagos, between May and June 2014, at a cost N805 million.

The charge stated that the defendants ought to have known that N322 million out of the purchase price formed part of the proceeds of an unlawful act under the Money Laundering (Prohibition) Act.

It would be recalled that in 2017, a federal court in Lagos ordered the temporary forfeiture of a 12-storey building a�� known as Guineas House a�� belonging to Mr Nwaoboshi over an alleged N1.5 billion scam.

The EFCC had alleged that the senator got a N1.5 billion contract through his company, Bilderberg Enterprises Ltd, to supply new construction equipment to the Delta State Direct Labour Agency in 2010, but he, instead, allegedly supplied used equipment.