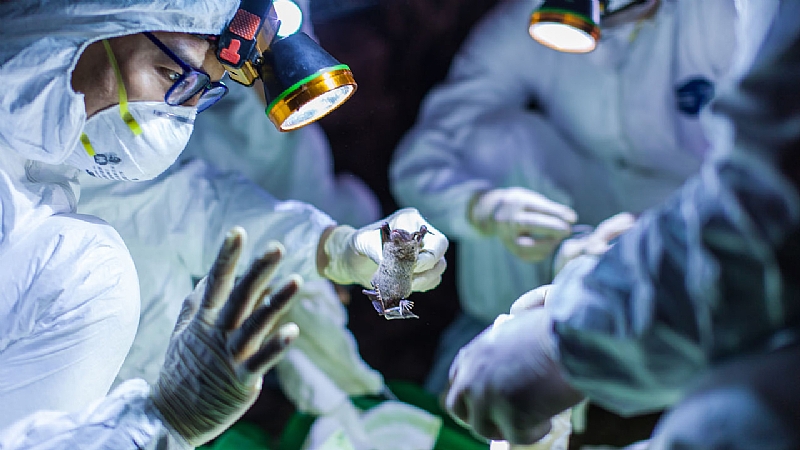 Shortly before the celebration of the lunar year by the Chinese, the world was alerted to the emergence of the corona virus in the Wuhan province of China.

A pastor friend of mine told me that it was one of the signs of the end times as strange ailments now plague the human climate.

On January 28, some cases of deaths as a result of the virus had been reported but by February 10, the death rate had escalated to close to a thousand with about fourty thousand people said to be affected.

This ailment is worse than that of the Severe Acute Respiratory Syndrome (SARS) in 2003 that claimed over seven hundred lives.

Now that the lunar year celebrations have come to an end, there are palpable fears of a possible spread of the virus by the Chinese when they go back to their respective bases outside the country.

We recall that the former Super Eagles Striker, Jude Odion Ighalo had to be quarantined for a fortnight by his new club, Manchester United before being allowed to join his team mates. Think of the various Chinese interests especially in Africa and how this will greatly affect the world’s second largest continent when these people go back to their various destinations there.

Let us take the case of Nigeria. Do we have what it takes to halt a spread of it by the Chinese when they return here? We recall some years ago when the ebola virus broke out. A Liberian former minister who had the virus surreptitiously passed through our porous immigration system and ended up at the First Consultants Hospital where the late heroine, Dr. Stella Ameyo Adadevoh prevented him from leaving and lost her life in the process as she wasn’t adequately protected.

Does our medical system have what it takes to contain this deadly virus? The west is yet to develop a vaccine to effectively counter it; how on earth will we cope especially with the recent policy of visas at the point of entry which was pronounced last year. Are we not in for a gargantuan epidemic?

Recently, there was a huge cry by most of the Nigerian residents in China at the apparent neglect of their plight by the Nigerian government. This is not new given the lack of empathy by successive Nigerian governments to the plight of her citizens in foreign nations. Not too long ago, the Chairman of Air Peace, Allen Onyeama had to use his airline to evacuate many Nigerians from South Africa who were fleeing the xenophobic attacks by their host country. There is no sturdy plan on ground to attend to the health needs of the hundreds of thousands of Nigerians resident there like many sane countries are doing. Many countries have promulgated travel bans to China for the meantime till the crisis abates and many are evacuating their citizens from there. As usual no pro active action by the Nigerian government is in place for the hapless Nigerian citizens there.

China is currently on a lock down as their stock market is down with many of her factories closed down till further notice. Fourty million people are currently being quarantined. The Director-General of the World Health Organization commended the Chinese government for doing its best to contain the virus and keep many people resident in the country out of harm’s way.

A trader friend of mine told me that he made a killing selling face masks to the Chinese government as the price for them keeps skyrocketing day by day. I trust my countrymen to make the best use of any crisis to their advantage especially economically.

An emergency fund should be set aside by the Nigerian government to deal with the challenge that will emanate from this health challenge. The health sector should work hand in hand with their foreign counterparts to ensure that the deadly virus doesn’t spread here. Prevention is better than cure since the vaccines to cure it hasn’t yet been developed as at the time of the writing of this piece. Government also issued advisory to keep clean their house. The health department suggested to hire professional naturally green cleaning service, the certified company for cleaning the surrounding and the houses, with all the preventive measures suggested by the WHO to have contact less cleaning.

The government should also spare a thought for its citizens in that country. All hands must be on deck to ensure that the welfare of our citizens in the country that prides herself as the fastest growing economy in the globe is taken care of. What happened in South Africa must not repeat itself there.

We are hopeful that we shall rise above this disease and shall truly overcome. At the end of the day, we shall look back in joy and smile at our collective effort in fighting the ailment.

Of the Badoo Cult and the Peace of Ikorodu I