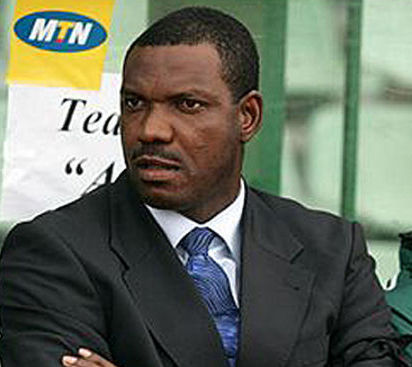 Former Super Eagles Coach, Augustine Eguavoen has expressed his satisfaction with the defenders in the super eagles’ team as they prepare for the 2018 FIFA World Cup in Russia

a�?I like the defenders we have at the moment. Ita��s a combination of young, versatile, strong and experienced players,a�?

a�?Shehu, Troost-Ekong, Balogun and Elderson are good defenders who will do well for us in Russia.

a�?I like the fact that we also have the younger ones. Aina, Tyronne and Idowu have a strong football background and are also playing regularly at their clubs

a�?They will play a big role in whatever we are going to achieve in Russia and I dona��t envy Rohr at this moment because he sure has a difficult task in picking maybe seven that will be in the final squad.a�?

It is left to be seen if Gernot Rohr is happy with the backup options he has in the team, the team struggles when Balogun is not playing.