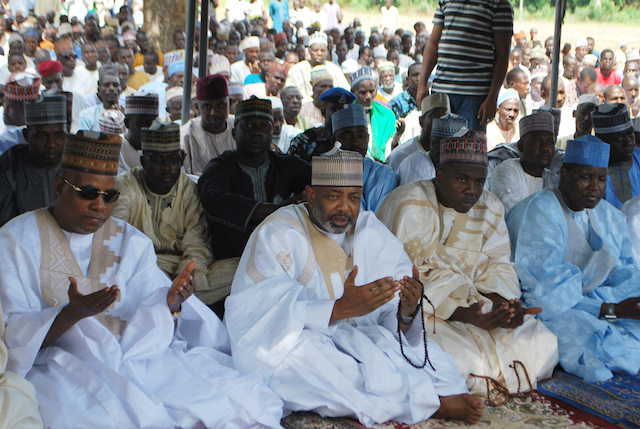 Governor Kashim Shettima of Borno State has appealed to the people of Borno to live in peace, unity, harmony and tranquility.

He also wished every body happy Eid el kabir celebration and Unparraled prosperity in this year and beyond while soliciting for peaceful Co existence among the citizens of the state.

The governor who stated this Tuesday at the Government House Maiduguri immediately after he slaughtered his ram also prayed for God Almighty to grant the state and North east permanent peace and tranquility as well as rich farming season while wishing the people of Borno well in the new Islamic calendar year.

Similarly, Senator Bashir BaKaka Garbai, senator representing Borno Central Senatorial district at the National Assembly on his part thanked God for granting us this remarkable day and appealed for peace and unity amongst the people of the state.

He prayed God to return peace permanently to the State while appealing for people irrespective of their religion, tribe, political affiliation and origin to live in peace with one another and be supportive to each other

The senator further prayed for an end to the boko Haram insurgency while calling on the people to continue to pray for peace in the state and region.