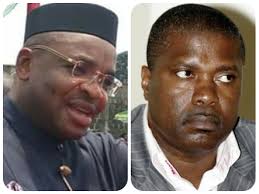 Legal fireworks are expected as the governorship candidate of the APC, Mr. Nsima Ekere’s appeal will be heard when the Court of Appeal resumes sitting this Monday in Calabar.

The Governorship elections petitions tribunal in Uyo had affirmed that Governor Udom Emmanuel validly won the March 9, 2019 elections conducted by the Independent National Electoral Commission, but Ekere is insisting that the lower court erred in its ruling on the matter.

Founded on twenty four grounds and dated October 7,2019, the filed appeal holds that the learned Trial Tribunal erred in law and that the judgment of the Tribunal is against the weight of evidence and seeks that the Court of Appal should set aside the Tribunal judgment delivered on September 19, 2019.

The Justice A. M. Yakubu led Tribunal had on September 19, 2019 in a five hundred and ninety two paged judgment, dismissed the Petition of Mr. Nsima Ekere, challenging the election of Governor Udom Emmanuel for lacking in merit.

The Tribunal among other reasons ruled that the burden to prove all allegations of criminality, corrupt practices and non-compliance rested on the Petitioners not the Respondents.

The ruling maintained that the Petitioners’ assertion, that the burden of proof rested on the Respondents “is not a law as at today, and as such inapplicable and of no help to the Petitioners”.

On Witnesses paraded by the Petitioners to give evidences, the Tribunal held that “witnesses of the Petitioner gave hearsay evidence which were information claimed to be obtained by other persons, maintaining that such evidence has no probative value not being that of an eye witness.

“The first Petitioner, Mr. Nsima Ekere, his Deputy, Amadu Attai, Ward, Local Government and state collation agents of the Petitioners had statements on oath and oral evidences laced on hearsay.

“Such evidences are inadmissible in Proof of the Petition as rightly contended by the Respondents’ lead Counsel. The submission of the lead Counsel of the Petitioners is therefore discountenanced and the hearsay witnesses hereby rejected and expunged”, the tribunal ruled.

According the tribunal judgement, “the lead Senior Counsel to the Petitioner knows that he cannot do that without evidence in support of same nor even on issues not pleaded. If he does as he did, his address, no matter how brilliantly written or couched, cannot substitute credible and cogent evidence of witnesses required in proof of the Petition”.

The appeal by Mr. Ekere seeks an order to nullify the Governorship Election for non compliance with the provisions of the Electoral Act 2010, and an order for the 3rd Respondent, INEC to conduct fresh elections into the office of the Governor of Akwa Ibom State.