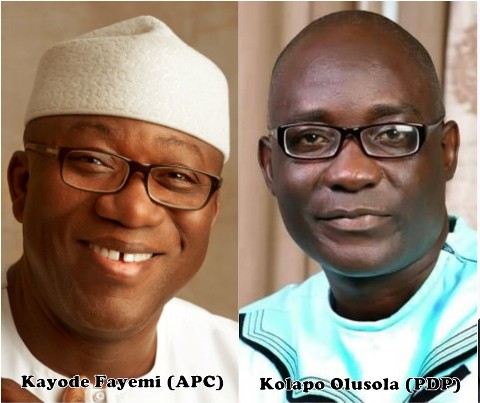 State by force has continued, with more than 500 PDP supporters

arrested across the State by the APC policemen.
People holding as little as N2,000 are being arrested for holding cash

and some of them are being accused of armed robbery and stealing.

However, we wish to tell Nigerians that Ekiti people are resolutely

behind the PDP and its candidate, Prof Kolapo Olusola and we are sure

of of wining the election, except INEC decided to just allocate

figures to the APC.
We therefore urge Ekiti people not to be intimidated by the army of

8 thoughts on “Ekiti under siege, over 500 PDP supporters now arrested by the police”