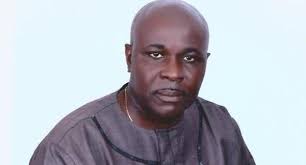 Governor El Rufai of Kaduna State, who rarely shies away from controversy or misses an opportunity to showcase his courage, recently, took a very bold step of abrogating the indigene-setter dichotomy in his state. Announcing the abrogation of the dichotomy in his official twitter handle on April 11, 2019, the Governor said: a�?In Kaduna State, the Indigene/Settler dichotomy has been abolished. Every person resident in Kaduna State would be accorded all rights as citizens and indigenes of the state. The Kaduna State Resident Registration Agency will create a reliable database of all residents in the state, with a view to providing useful data for planning, security, social welfare, education, employment, financial services, housing, health and other services. Elizabeth Joshua Ndonah will head the Kaduna State Residents Registration Agency.a�? El Rufai said that by that abrogation, anyone residing in the state, irrespective of the persona��s religion or ethnicity, would automatically be entitled to anything in the state.

It should be recalled that the Northern Governors Forum, concerned about the contentious issue of indigene-settler dichotomy in the region, resolved at a meeting in Kaduna in February 2017 that such a dvide promotes ethnic identities and contestations and should therefore be abolished to give every Nigerian citizen living in the North a sense of belonging. El Rufai became the first to walk the talk.

.
Not surprisingly El Rufaia��s decision stirred the horneta��s nest. For instance a Southern Kaduna based group, in a document titled a�?May Day Clarion Calla�?, rejected El Rufaia��s new citizenship policy on the grounds that such a policy would a�?abolish the rights of the indigenes of Kaduna State and pave the way for their being oppressed and excluded from the affairs of their state, right on their homeland.a�?

The respected online newspaper Premium Times, in its editorial of April 30, 2019 took sides with Governor El Rufai, and came hard on the Southern Kaduna group. According to the paper:

a�?The arguments of this southern Kaduna group are highly unfortunate in this day and time. And it provides a window for other Nigerians to see how capricious elite from a minority section perceive equal citizenship, which is considered as a threat to their narrow nativist privileges. What the southern Kaduna group is saying in stark terms is that it rejects an inclusive Kaduna State. In the 21st century, a group is openly arguing against citizenship because it thinks that only a�?indigenesa�? should enjoy full rights in what is called the homeland. But the Constitution of the Federal Republic of Nigeria recognises the right of any Nigerian to reside in any part of Nigeria and to enjoy the full rights of citizenship wherever they live.a�?

While I fully agree with El Rufaia��s idea of creating a reliable database of all residents in the state, I beg to disagree with his citizenship policy, and with Premium Times which defended it. I also feel the Premium Times took a rather very simplistic interpretation of the grounds of opposition by the Southern Kaduna group a�� just as it failed to robustly interrogate El Rufaia��s new citizenship policy a�� however well intentioned it may be. There are several observations:

One, it should be recalled that a major ground for advocating for the abrogation of the indigene-settler dichotomy by the Northern Governors Forum is allegedly because it fans and exacerbates ethnic tension. But this is only partly true because contrary to the impression in some quarters, the indigene-settler problem is found across the length and breadth of the country, even in villages that appear to have a homogenous population. This means that such abrogation, on its own, cannot address the problem of ethnicity in the country a�� which has an entirely different cause. This is because though ethnicity originally was employed as a mask over intra-elite competitions for scarce socioeconomic and environmental resources, over time, it has acquired objective and ideological characters such that it now exists as an independent variable of its own. To therefore believe that abolishing the indigene-settler dichotomy in Kaduna state (which is already combustible with ethnic and religious polarisations and suspicions) will solve the problem of ethnic and religious acrimony in the state is akin to General Aguiyi Ironsi believing that his unitary decree No.34 would be able to impose unity on the various bickering ethnic groups in the country in the 1960s. If anything, El Rufaia��s new citizenship policy is more likely to trigger xenophobia and worsen the problem it set out to solve.

Two, there are group dynamics in politics anywhere in the world. This means that we cannot wish away mobilization of people along certain identity markers like race, ethnicity, religion and social class. I am not aware of any society that has succeeded in doing so without recourse to a form of ethnic cleansing – as some Western societies did. Of course once in a while a society gets lucky to have father figures like Julius Nyerere and Nelson Mandela who are able to command respect and legitimacy from across the contending fault lines, making them unifying symbols. When a society is not lucky to have such figures as their leaders, it becomes easily obvious that the notion of unity is neither ideologically, philosophically or even ethnically and religiously neutral. Essentially a precedent question when someone calls for unity or proposes projects to achieve unity is, a�?unity from whose perspectivea��? This is why it is important to listen to various contending voices in any assumed unity project and get the buy-in of as many of the competing groups as possible before a final decision is taken.

Four, I believe that a settler in an area who wants to achieve the rights of indigeneship can do so by either of two ways – either by states and communities clearly stipulating their terms for granting rights of indigeneship and the settler meeting those conditions or through assimilation. For instance, an Uche Okonkwo who has lived in Zamfara state for 50 years but retains the norms, religious practices and ethos of his Igbo ethnic homeland cannot realistically expect to be treated as a�?one of usa�� by those who could be regarded as the a�?original indigenes of the area. Just like being a naturalized British citizen from Nigeria only entitles you to a British passport but can never make you an English man, there are nuanced differences between your rights as a citizen and your rights as an indigene. The indigenes must feel that a�?you are one of usa�?. Additionally, unless all the states in the federation decide to embrace El Rufaia��s policy, we may have a situation where some will have full rights of indigenes in Kaduna state and full rights of indigenes elsewhere a�� which will again be a ground for distrust and bitterness. Moreover, since States and Local Government are units for sharing revenues in the country, people with rights of indigenes in more than one state will be advantaged over their host community.

Five, I do not believe that the law alone can be used to solve the indigene/settler problem. The sons and daughters of the soil (the indigenes) cannot be blamed for feeling under siege or that they are not a�?respecteda�� enough in their a�?homelanda�� or that the new policy is a sort of a�?detribalizationa�� a�� that the new policy will make them lose their ethnic and cultural identities. This was my understanding of the opposition from the Southern Kaduna group. It is also the basis of the opposition of immigration by many groups in the West. Therefore, while El Rufaia��s new citizenship policy appears progressive, it seems to me to be a right decision in the wrong direction and at the wrong time.

Nigeria: In Search of an Ideal Political Philosophy

10 thoughts on “El Rufaia��s a�?abrogationa�� of indigene-settler dichotomy in Kaduna state is right step in the wrong direction”