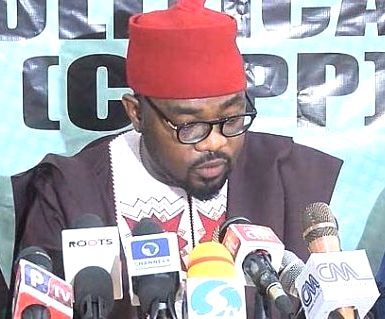 CUPP said the reason for the alleged plan to attack the situation room was because Atiku was now coasting to victory in so many polling units.

CUPP urged all citizens to rush to AIT studio to form human shield and protect the situation room.

The statement read: “We have confirmed intelligence that DSS is planning to attack PDP situation room near AIT studio Asokoro to destroy polling unit results evidence sent in by PDP agents which shows Atiku have won the

election.”
“The advance DSS team has been dispatched to the AIT studio. “A joint team of military and police officers acting under the instructions of Gov Nasir el Rufai and army chief have taken over collation centres in Kaduna, swapping polling unit results won by PDP with fake ones at the collation centres.

“It is too late to change the polling unit results because we have it and Atiku has won majority of the PU, any tampering will throw Nigeria into constitutional crisis.

“The Nigerian people have spoken and freely elected Atiku.”

Mbaise Youths Back Madumere For Governor

You must produce server used for 2019 polls, Peter tells INEC