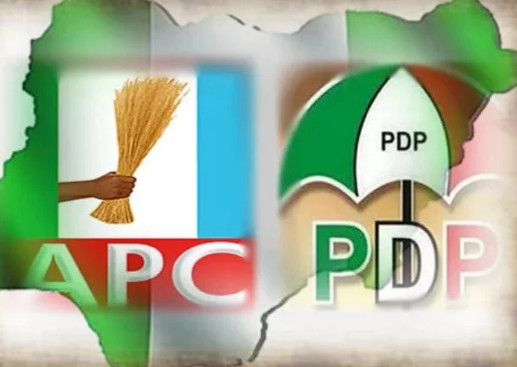 The Delta State Chapter of the Peoples' Democratic Party (PDP), has expressed joy over the victory of the party in the Senatorial and Federal House of Representatives elections held in the state.

PDP Candidates retained their seats in the Delta North Senatorial District as Peter Nwaoboshi, was re-elected as senator to represent the district while Hon Ndudi Elumelu, also won the Aniocha/Oshimili Federal House of Representatives.

The party's Publicity Secretary, Dr Ifeanyi Osuoza, expressed gratefulness over the doggedness of party members on its success in clinching majority seat in the senate and House of Representatives in the State.

“We won against the daunting challenges and evil machinations of our opponents, particularly, the All Progressives Congress (APC), whose vile orchestrations of intimidation, assassinations, murderous attacks, and assaults, among other devilish tendencies on our members and supporters across the State. We have showed PDP is Delta and Delta State is PDP”.

The party called on candidates who came out victorious in the National Assembly and Federal House of Representatives elections to put on their solid armour to achieve victory for the governorship and House of Assembly elections scheduled for March 9, 2019.

In swift reaction, Chairman of the All Progressives Congress (APC), Prophet Jones Ode-Erue, alleged that the results of the party for the Presidency, Senatorial and House of Representatives in state was edited and reduced by PDP through rigging.

He alleged further that the results that INEC released in the atate are not a true reflection of the concluded elections, stating that, “there were no elections in Delta North, Isoko South, elections were only conducted in Delta Central. Part of INEC was compromised”.

He said that the party played in line with the rules of the elections while he emphasized that card readers were neglected in some areas for the opposition to rig.

Responding to the claims of Sabastine Okoh, the party's candidate for Ika Federal Constituency on the alleged rigging schemes of the opposition, Erue declared that the party has rejected the votes that came from Delta North and Delta South Senatorial District.

He warned PDP to expect a different fight during the Governorship elections on March 9th, 2019, “APC has what it takes to win the Governoship elections and we are ready to go to the polls with the idea to conduct free and fair elections because we refuse the idea of ballot snatching”.

Why we settled for Lawan, Gbajabiamila for N'Assembly Leadership: APC

Truth be told! Otunba Ademola Adeleke was never a member of our party – Osun APC