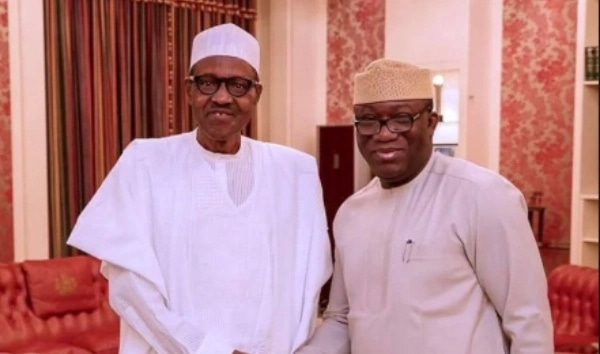 The ETG, said in a statement in Abuja on Friday and signed by its National Coordinator, Alhaji Kazeem Adekunle, which was made available to newsmen online that such financial huge budget for a governorship election coming from a party that claimed to be fighting corruption is worrisome.

The group said that it opted to react to the report of Dr. Fayemi submission of N25 billion budget for the election haven waited for 48 hours and the report was not debunked, noting that it was worried that the Ekiti State election will be monetized.

It also chided President Buhari for insinuating that the 2014 governorship election in Ekiti State was rigged, admonishing the President to always behave like a statesman by acting beyond party consideration.

The ETG said President Buhari and his party must have to explain to Nigerians what special interest they have in Ekiti that will require spending of N25 billion on mere governorship election.

It wondered what the annual income of Ekiti State (both federal allocation and IGR) is to warrant the investment of N25 billion in the funding of election into the office of the State governor.

ETG asked; “If President Buhari can afford N25 billion to fund election in Ekiti State, why not spend just half of the money on infrastructural development of the State?”

The group called on voters in Ekiti State not to sell their votes, advising that whoever that is funding an election with as much as N25 billion was already saying that he was seeking power to loot.