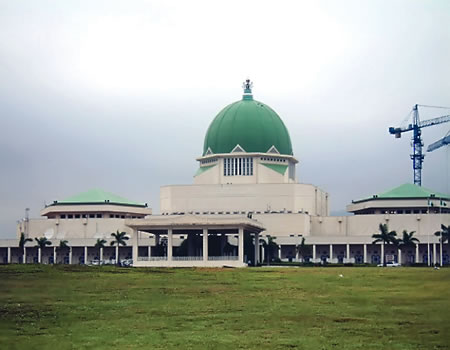 But for President Muhammadu Buhari’s foresight Nigeria would have scored a world record in addition to whatever other unpalatable records we already hold as the land of the absurd. Nigeria was on the verge of conducting its next general elections with a set of two laws: the Electoral (Amendment) Bill 2018 and the 2015 Electoral Act.

Activities from pre-electioneering period through the lifting of ban on politics till date were conducted under the 2015 Electoral Act. Had the amended bill been assented to, the other activities from the moment of assent would have then been conducted under the newly signed legislation. The confusion that will arise from this is better appreciated with the realization that judicial interpretation of the extant law is already a tall order so deciding which of the two documents is applicable would be a taller order.

President Buhari’s request that the Electoral (Amendment) Bill 2018 should come into force only after the 2019 polls is therefore logical. The nation still gets to enjoy the benefit of the changes made without the headaches that would arise from making its application commence from an impractical time. But this and other clarifications by the president on why he declined assent to the bill are not striking the right chord with everyone as some people are of the opinion that the legislation should have proceeded to be used for the elections.

This would be doing a great disservice to the nation. Even if the application of the legislation were partitioned to cater to the identified timelines, the ambiguities that President Buhari identified in several sections of the bill would still haunt the votes. Those that will win and lose at the polls will be pressed to spend the period between the 2019 elections and the next polls in the court seeking interpretations to the contentious sections.

As logical as these observations are, they had not appealed to those that are bent on being critical of Mr. President’s decision. They have come up with one condemnation after the other in what is increasingly becoming apparent as a coordinated response from clique that had wanted him to make the mistake of assenting to the bill. They would have latched onto this mistake to demand for his impeachment, which would be reasonable because the shortcomings he has identified are grievous enough to warrant such.

In the hail of criticism against the President, the real culprits behind this fiasco are getting away with not even a slap on the wrist. The national lawmakers that came up with a document that inconsiderate should be answering to their constituents, to Nigerians – but this is not happening. Of course, the more they make the president the whipping boy the lesser the chance that Nigerians will recall their own wrongdoings in the entire affair.

Had the lawmakers focused on their primary assignment of oversight and law-making they would have made these amendments one clear year before the start of elections. If the refusal to assent to the bill had taken place within such timeframe there would have then been sufficient wiggle room to make changes as many times as necessary. Instead, the Senators and their counterparts in the House of Representatives wasted valuable time grandstanding to Nigerians over cross carpeting, decamping and other irrelevancies that added no value to governance.

Even as things stand, they are too selfish to take a break from their campaign trails for re-election to return to their chambers are expediently address the contentious areas that the president highlighted in his communication returning the bill to the National Assembly. They would rather carry on with their campaign instead of being selfless in immediately addressing the changes that would enable the bill to be signed into law. Even though the resulting law cannot be used for the 2019 elections as already stated, subsequent elections would at least have the legislation in place with the guarantee that this kind of drama from lawmakers would not bedevil the nation again.

For the now, we are stuck with the 2015 Electoral Act, with whatever strengths or imperfections that it may entail. Interestingly, the current crop of elected office holders are a product of this legislation so the lawmakers are in no position to rubbish it as doing so will qualify them as persons that enjoyed the privileges of office derived from a flawed electoral law, which would further suggest that the amendment they had carried out was done by people that should not be in office in the first place. But this is certainly not the case.

They must therefore give up the obsession with the Electoral (Amendment) Bill 2018, including making the mistake of overriding the President by way of a veto. First, neither of the houses can marshal the quorum needed to make this happen since each lawmaker would rather persist in their mission of seeking re-election. Secondly, there is simply not time left to activate the process by which to override the President, they left the passage of the bill for too late and knowing their capacity for bungling even the straightest forward of national assignments.

The reality we must all confront at this point is that the Electoral (Amendment) Bill 2018 has turned out to be a casualty of bad timing. Signing it would have amounted to using two laws for the same elections. If it were a supermarket having a sales promo of “buy one get one free” or “two for the price of one” it would have been a great deal that should be snapped up without hesitation. But this is about the safety of our democracy where two for the price of one is a guaranteed recipe for disaster and must be avoided like a plague.

On this one, President Buhari got it right and the lawmakers with his other critics are on the wrong side of the equation, history. They should be decent enough to let go of their obsession and hurt for the country to progress with the 2019 elections and sustain our democracy.

Onmeje is an advocate of common sense and writes from London, United Kingdom.

What are our Citizenship rights?

Chibok Girls: To Talk Much Of Kaduna Abduction

8 thoughts on “Electoral Amendment Bill 2018: Two for the Price of One ”