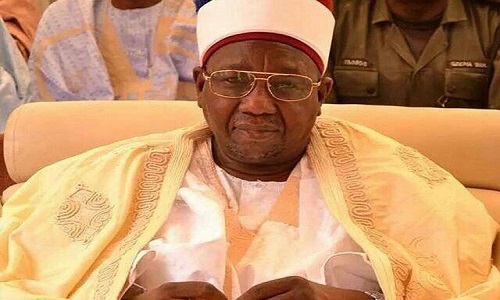 The degree to which illicit drugs are being abused by women and youths in Tikau town and its environs of Nangere local government area of Yobe state has attracted the intervention of the traditional council calling on authorities concerned to adopt drastic measures to ensure immediate steps are being taken to avert the trend.

The Emir of Tikau, HRH Alhaji Muhammad Abubakar Ibn Grema, expressed his feelings and concern on the increasing number of youths and women abusing drugs in his emirate.

He also expressed fear that drug abuse in the emirate has risen to an alarming rate in recent times.

The royal father stated this while speaking to newsmen in his palace in Sabon Garin Nangere, yesterday where he also said that many youths and Women were involved in consumption of illicit substances like Tramadol, codeine marijuana and other harmful substances that could be dangerous and handful to their health.

Abubakar Mohammed however called for intervention by agencies concerned to control the situation by reducing its consumption and rehabilitate those affected.

The royal father described the situation as unfortunate and wondered how it became so rampant among his people.

“To be candid drug addition has become one of the issue of concern and a major problem within the community”. He said

  “It has gone to the extent now that if you go to the local markets in the rural areas you find people selling it openly without any fear of law prohibiting such trades. This has not stopped here as even the women are now into drug abuse, youths, and even old men.”

The traditional ruler however commended the NDLEA for doing their best even in the face of the boko haram challenges while calingl for more support and prayers for the NDLEA to make curb the prevalence of drug abuse.

He said, the Emirate was making effort to establish an independent drug fighting voluntary organization to checkmate drug abuse within the community.

“We informed the NDLEA officials in our midst that we want to come up with a new approach but we need their own support, so that it will enable us sample some youth to be monitoring the activities of the drug peddlers that bring the substance to the area and sell”, Abubakar said

The royal father further added that the local government Chairman has been intimated on the matter and they summoned all their district heads, village heads and ward heads and directed them to go to their respective localities to establish similar voluntary organization to fight drug abuse.

10 thoughts on “Emir laments on use of illicit drugs by women, youths in Yobe”