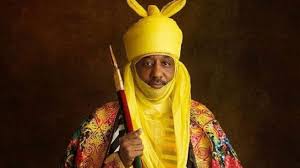 Emir of Kano, Muhammadu Sanusi II, has accepted his appointment as the chairman Kano state council of chiefs.

Sanusi acceptance was conveyed after Abdullahi Ganduje, the governor, gave him a two-day ultimatum to either accept or reject the appointment.

Sanusi response was in a letter dated December 19, 2019, signed by Abba Yusuf, acting secretary of the Kano emirate.

The letter was addressed to the secretary to the state government, who was asked to “graciously convey to His Excellency, the Governor, the renewed assurances of the highest esteem and regards of His Highness, Sarkin Kano”.

“Kindly inform His Excellency that His Highness, Sarkin Kano, has not rejected his appointment as Chairman, Kano State Council of Chiefs. His Highness accepted the appointment,” his letter read.

“In doing so, His Highness requested for further directives of His Excellency, the Governor.

The council of chiefs comprise of all the five emirates in the state and other members of the traditional council.

Gandjue fell out with the Emir shortly before the 2019 elections and there were moves to dethrone Sanusi over allegations that the monarch worked against Ganduje’s reelection.

The governor on Thursday hinted that he has been asked to dethrone the Emir.