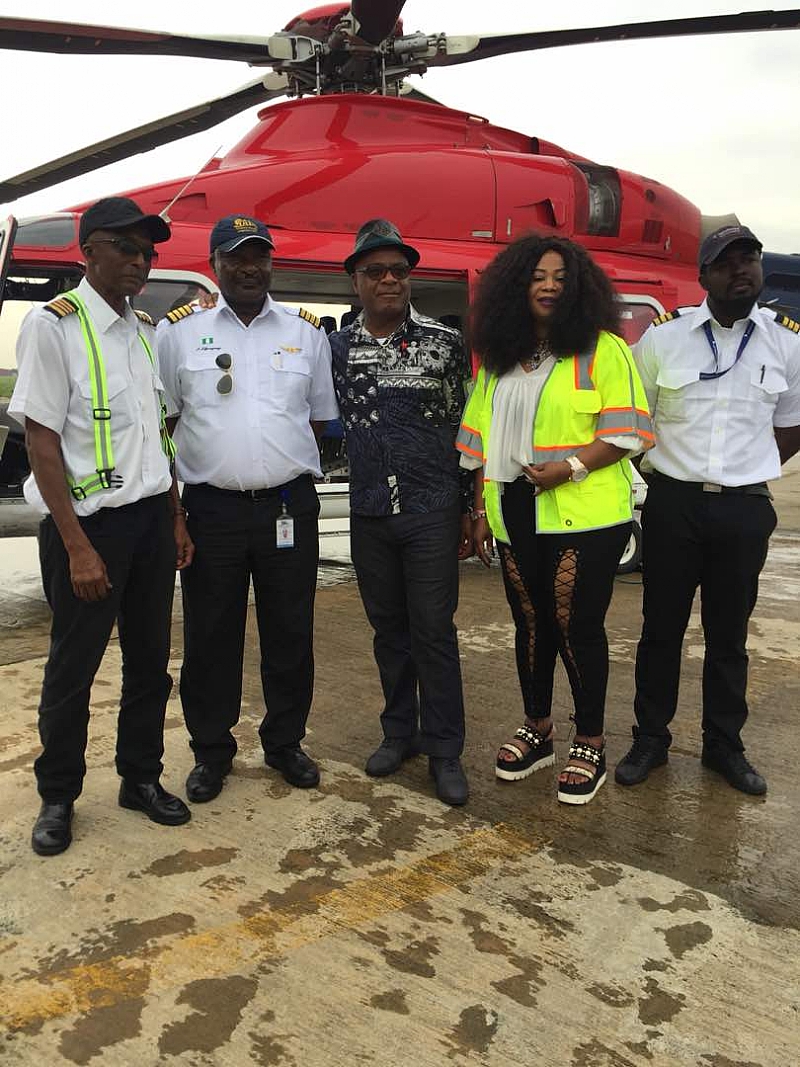 The helicopter, which is under Tropical Arctic Logistics – one of Emperor Baywood’s group of companies, was imported from Denmark. ‘Chinenyeze’ is strictly for private use and offshore – for corporate purposes, and is aimed at boosting business productivity, client services and other multipurpose logistics activities.

While stating the need for such establishment in Nigeria, Emperor Baywood went on to explain that the reason for this establishment is as a result of the opportunities in the sector; such as the need for spot charters and so on. According to him; “The difference between the helicopter and plane is that, a helicopter lands you directly on your arrival spot if you have a field and you don't have to go to the airport.”

Expressing confidence in her personnel, he went on to state that Tropical Arctic Logistics have quality and professional aviation officers and pilots, to ensure 100% safety. He also boasted of their service delivery as they set out to commission.

Speaking on the efficiency of the helicopter, the Chief Operating Officer, Engineer Femi Adeniji, also commented; “The helicopter is of superior capacity and our pilots have copious amounts of flying experience; dedicated to meeting the ever-evolving demands of clients. We are incredibly excited about the satisfaction the helicopter would bring to thousands of business owners in the country.”

Tropical arctic logistics is under a parent company known as Baywood continental, an establishment of Emperor Chris Baywood Ibe which was established in 1989 and today has several sister companies including Baywood Exploration, ZB Joint Ventures, among others.