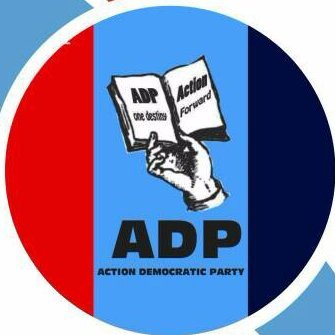 The Action Democratic Party (ADP) has advised President Buhari to emulate the immediate past President of South Africa, Jacob Zuma, who resigned over his recall by his country’s governing party, the African National Congress (ANC) and the threat to pass a vote of no confidence on him.

ADP said ANC is a party of notable politicians who cannot be intimidated by their president or other elective leaders, unlike the Nigeria’s governing All Progressives Congress (APC) filled with sycophants as party leaders who have turned themselves to a�?yes mena�? for a president they are supposed to hold accountable, make sure he delivers and ensure that he does not derail the country’s democracy.

ADP in a statement issued by its Lagos Spokesperson, Prince Adelaja Adeoye, noted that Nigerians are tired of under-development and that nothing is working again since Buhari took over in 2015.

The party said it has made several calls, counseling the president to quietly step down and allow another Nigerian with the capacity, vigor to lead but all to no avail. Adelaja stressed further that the widespread violence, ethnic clashes, and unabated spread of poverty due to the bad economy in the country is too alarming and many families are now finding it difficult to feed their families. To Adelaja, this is a result of failed leadership.

ADP salutes Zuma’s courage, towing the path of honor, by listening to his countrymen. The party also hails South Africans for speaking in one voice and not allowing politicians to divide them with religion or ethnicity because no matter where a bad leader comes from, all citizens suffer the misrule. ADP said Nigerians have a lot to learn from Zimbabwe, South Africa and other countries who have changed the leaders that have disappointed them.

The party has said that President Buhari should see his position as a privilege to serve because it is not his birth right and if the same people who shouted a�?Sai Babaa�? and elected him are saying enough is enough, he should heed their calls and not turn himself into a sit tight leader.

ADP has charged credible and competent Nigerians to begin to show interest in 2019 election because ADP as a platform is available to achieve all their dreams for good leadership. ADP also warns against shady deals by the Independent Electoral Commission (INEC); that as an umpire, it must remain neutral and allow free and fair polls without influencing it to favour any candidate.