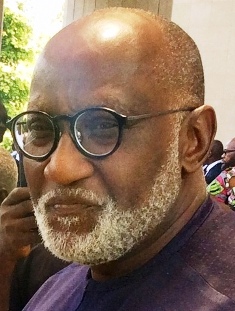 The spasmodic xenophobic attacks, which commenced around 2000 and escalated recently, has placed South Africa front and centre of global criticisms. It is also fraught with correlations. This would have been anecdotal, if it wasn’t tragic. Between 2000 and 2019, there have been 12 xenophobic attacks in various cities resulting in over 152 fatalities.

In the 1980s, when Nigerians felt exactly how South Africans feel now, they compelled government use of executive fiats to expel Ghanaians and other African immigrants. This gave rise to the “Ghana Must Go” mantra. The tables have turned. South Africans shouting “Nigerians Must Go” should not irk us. As fundamentals of international relations inform, foreign policy is an extrapolation of domestic policies. Public policies in Nigeria and South Africa have failed their respective domestic populace woefully, and orchestrated the present crisis.

Ironically, South Africa escaped apartheid in 1994, only to succumb to hate, in the joyful aftermath, by coveting xenophobia as its forte. This is like the catfish that swam the great sea, only to drown in a pot of soup. Justifiably, South Africans resent influx of aliens. Still, these spasmodic xenophobic attacks are hardly contrived. Inertly, they mimic black-on-black violence of yesteryears. And what are the root causes? Unfulfilled political promises, missed opportunities, dashed aspirations and hopes, deprivation, unemployment and ennui, all intrude, ramping up anger, stoking with fervour, violent pushback without reprieve. In this regard, South Africa mirrors Nigeria. Simply, South Africa has failed to uplift its struggling masses. As such, the aggression and attacks on Nigerians and other foreigners are misplaced.

Nigeria for its part, has similarly failed its masses causing many to emigrate or in the local parlance “check out”. Many have perished doing so. Nigeria’s failed domestic policies, youth unemployment, insecurity, absence of enabling environment for its teeming work force, are combined drivers that push Nigerians to search for greener pastures. The badly devalued Naira is a magnet-driver for the quest for convertible currencies, by any means, including internet scams, prostitution, drug and human trafficking, which admittedly, are prevalent irritants and offending variables in South Africa.

Truth be told, aversion to aliens is barely a novelty; but conventional wisdom abhors collective criminalization. The wave of xenophobic attacks have been incremental and peaked only recently. Not being robustly addressed is a failure by both sides; South Africa and Nigeria. We arrived at this juncture because South African authorities – including the South African Police Force – often accused of complicity – deferred to inertia. The result; the crisis of locals with grievances was allowed to exacerbate and turn catastrophic, as the State demurred, pussyfooting without concern, until such levity became the trigger point.

Nigerian authorities, on their part, also pussyfooted. When aggrieved South Africans, sensing their sinking fate, took laws into their hands and the killings began, neither South Africa nor Nigeria acted robustly and sufficiently to mitigate the conflict. The world also watched, aghast with disdain, but hardly lifting a finger. There were missed opportunities and some hard lessons learned. The first is that South African authorities have failed to educate their youths. True, you cannot rid one oppressive yoke only to accept to be subjugated by another. But then, xenophobia, the discriminatory act against a collective, this time émigrés, is as odious as apartheid; the discriminatory policy by whites against blacks. You can’t trade apartheid for xenophobia. The upshot: History untaught is a dangerous tool. Despite surfeits of global early warning tools, resentments were allowed to fester.

These happenings aside, constructive efforts must be made to reverse the present ugly state of affairs. This requires returning to the drawing board, where both countries should have been some years back. The reactions, pushback, mission closing, envoy recalls and attacks on South African owned businesses, have happened, and regrettably so. Now is time for constructive diplomatic engagement. Beyond imminent strained relations, South Africa and Nigeria are already badly maligned by these incidents. With the challenges at hand, some potentially game-changing policy proposals should be considered.

First, Nigeria must not consider the xenophobic crisis strictly a South African problem. Its deleterious consequences on intra-African relations could be huge. Ahead of the summit meeting of the two Heads of State in October, Nigeria should engage South Africa robustly, to ensure positive outcomes. Nigeria must forestall any form of recrimination or reprisal, targeted at South African businesses in Nigeria. Moreover, a standoff will be defeatist. Nigeria stands to lose more, considering the existing imbalance in bilateral investments.

Second, without prejudice to the decision to repatriate Nigerians who wish to leave South Africa, there should be short to long term plans to avoid repeat attacks. The primary concrete policy option is to deploy several ranking and skilled police officers as Attachés to the Nigerian High Commission and Consulate in South Africa immediately, to interface with their South African Police counterparts and the Nigerian community. Third, Nigeria should propose deploying several Nigerian security operatives on a ‘collaborative exchange programme’, to be embedded into the South African Police Force, in identified flashpoints.

Fourth, since South Africa needs to protect her long term national interests: she should be encouraged to consider expanding this novel policy, by including select Nigerians, Malawians, Mozambicans, Zimbabweans and Kenyans in South Africa in a civilian security mechanism that works with the South African police, with a view to focussing on preventive measures.

Finally, ending the spasmodic xenophobic attacks on Nigerians and other Africans in South Africa must be seen as a collective mission in this era of globalization and African integration. Political manoeuvring will be most unhelpful.