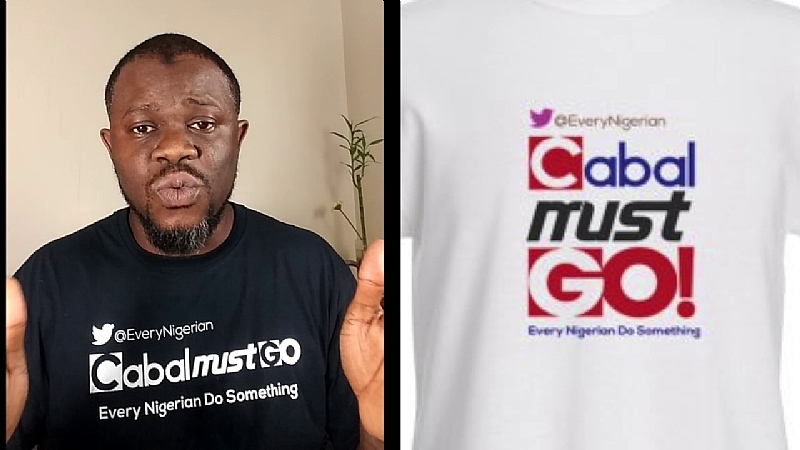 Nigerians in New York, USA, please join me 10am today 4/1/18 as we begin protests to end the reign of corruption, terror and tyranny by Nigeria's military leadership and the nation's security chiefs under Buhari.

We also implore Nigerians abroad to commence similar protests at all Nigerian embassies and High commissions on behalf of Nigerian civilians and soldiers being terrorized under the current anarchical and tyrannical leadership, who cannot talk for fear of being massacred and secretly buried en-mass or court-martialed.

The massacres of our youth, depriving our soldiers and political lies and harassment by men in uniform must END!

The police must redeploy the 80% of its staff rented out as bodyguards for the wealthy cabal and return them to their proper role to protect the citizenry so our military can be taken off the streets to rest in the barracks. Zombie way na one way: go and kill. Military have no handcuffs, they arrest by massacre!

Nigeria's prior prestigious military is being turned into a liability to the nation under a ragamuffin leadership.

Former US ambassador to Nigeria and a secretary in the current US administration, John Campbell raised a loud alarm to the situation in a recent post in the Council of Foreign Relations. “Nigerian Military Conduct Should Be of Serious International Concern” – https://www.cfr.org/blog/nigerian-military-conduct-should-be-serious-international-concern

The recent New York Times video on the unprovoked and unjustified massacre of unarmed protesting youth and children in Abuja this October, leaves no excuse for conscientious human beings than to demand prosecution for the Nigerian military leadership and an end to the reign of tyranny that has spared no one including activists, the media, the United Nations and Amnesty International. Watch: https://youtu.be/R6-6wV0agvs

Our military must not be kept as a political organ that focuses solely on terrorizing Nigerians and foreign organisations alike. It is our military and police, not Buhari's or APC or PDP's military or police!

The impunity must end before this monster becomes so emboldened it starts sending air force jets to bomb Nigerian weddings!

Worshippers protest closure of church by police in Ondo