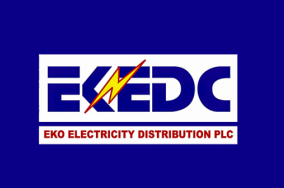 The management of Eko Electricity Distribution Company Plc (EKEDC) has issued a warning to customers who tamper with pre-paid meters, advised customers to desist or prepare to face the consequences.

Mr Adeoye Fadeyibi, the Chief Executive Officer of the company, gave the warning at a customera��s consultative town hall meeting in Badagry, Lagos on Friday.

Fadeyibi, who was represented by Mr Joseph Esenwa, the Chief Finance Officer of the company, decried the high rate of energy theft and non-payment of bills by customers within the network.

He said that the town hall became necessary to intimate customers within the Badagry network on the high rate of energy theft and equipments vandalism perpetuated by some customers in the communities.

The EKEDC helmsman said that the measure became necessary against the backdrop of over a billion naira lost to various forms of energy theft and vandalism in the zone.

According to him, any act of infraction will be met with a stiff penalty. Enough is enough; Eko Disco will no longer tolerate this act of illegal tampering of our equipment and electrical installations.

“Tampering with Eko Disco meters, installations, distribution lines, equipment or assault on any field worker will attract a jail term.

“The management of EKEDC will no longer handle these actions with kid gloves; this is no empty threat. If you disregard this warning, you do so at your own risk,a�? he said

The EKEDC boss said that it cost the company huge amount to replace vandalised equipment and damaged meters by customers in a bid to bypass the meters.

According to him, a task force has been set up to inspect houses of consumers and impose a penalty of one million naira on anyone caught in energy theft.

“The company will not hesitate to offer to pay anyone who reports energy theft by some unscrupulous elements 10 per cent of the money recovered from such thefts.

Fadeyibi said that the company would henceforth commence effective prosecution of energy theft suspects and also publish their names in the national dailies.

“We appeal to our customers to avoid engaging in bye-passing the meters because ita��s criminal and punishable under Electricity Regulation Code of Conduct Act.

“l advised customers to exercise little patience with EKEDC as we promise to address all the issues regarding billings , metering and other challenges.

He called on members of the public and its customers to be vigilant and report any act of sabotage to the nearest law enforcement agencies or call EKEDC Customers Care Centre on 07080655555.

Similarly, the Oloto of Oto-Awori kingdom, Oba Josiah Ilemobade-Aina, condemned energy theft and vandalisation of power equipment by those he described as criminal elements within the communities.

Ilemobade-Aina, who is also the Kuyamiku 1of Oto-Awori said that perpetrators of vandalism and energy theft are enemies of the society and all well-meaning people should join hands to stop them.

The monarch said that since improvement in power supply would trigger socio-economic development and create jobs for more people, protection of power equipment should be the concern of all lovers of development.

He, however urged EKEDC to address all issued raised by customers on estimated billing, overbilling and lack of meters, while appealing to the company to engage in publicity on the need to desists from energt theft.

The traditional ruler however advised Eko Electricity Distribution Company to look within and fish out bad eggs within its fold who, he said, were in the habit of colluding with people to engage in illegal connection and other vices against the company.

Save Me from Dying a��Nnagbogu, Kidney Failure Patient Pleads.