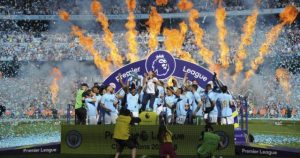 A February winter break will be introduced in the English Premier League from the 2019-20 season, the Football Association announced on Friday.

The breaks will be staggered to ensure that Premier League action still takes place on every weekend during the period, with five games on each weekend, allowing two weeks’ rest for players.

To accommodate the break, the FA Cup fifth round will be moved to mid-week and there will be no replays if necessary; instead, extra time and penalties.

“This is a significant moment for English football and one that we believe will greatly benefit both club and country,” FA chief executive Martin Glenn said.

The measures are being introduced only to the country’s top tier.

Osimhen Is The Most Influential Player In French League