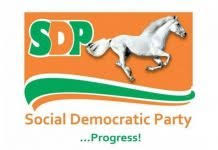 Engineer. Ishaku Ibrahim Mshelizza has emerged as the candidate for Borno State House of Assembly Hawul LGC Constituency in the forthcoming 2019 general election under the platform of the Social Democratic Party SDP.

In his acceptance speech, he assured his supporters and people of the constituency positive change and rapid development within few months if elected.

Ishaku Mshelizza added that his candidature was a sign of positive change and good tidings to the people of Hawul.

He pledged to do away with impunity and lack of consultation with the electorate which has been the order of the day in the past seven and half years,.

“I will give way to a new way of doing things at the local government and at the House of Assembly when I am elected.

” I venture into politics just to rescue the people of my constituency from the shackles of misrepresentation and misrule.

“I shall ensure that, as soon as I am inaugurated after elections next year, the disregard to the views of the people at the Local government in the way of doing things shall cease.”

“I shall ensure that the Cabals influence over the Local Government Treasury is broken and the electorate shall benefit from their statutory monthly allocations from the federal governmen,” Ishaku said.

He however, expressed gratitude to his teeming party members of the Social Democratic Party (SDP) for electing him as their party’s flag bearer for the House of Assembly Election.

Rise Up To The Challenges – Nigerian Baptist Convention Urges FG