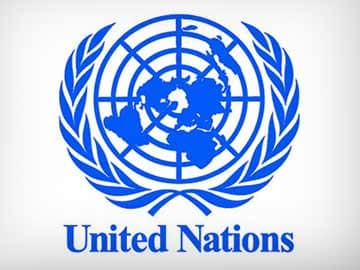 (Chima Ubani Center, Onitsha Nigeria: 23rd October 2018)–The gateway to world peace and security remains comprehensive reforms in the United Nations and facilitation of permanent peace in the decades-long Israeli-Palestinian Conflict. The alternative to these is disbandment of the United Nations and its immediate replacement with a new world body founded on a new world order devoid of deepened signs and conducts of divided society including nuclear and small arms holocaust or threats of same, Intersociety said today in Onitsha, Nigeria in a statement summing up its special letters to the UN dated 9th October 2018 and the 20 selected foreign missions in Nigeria including Nigeria’s Minister of Foreign Affairs, dated 23rd October 2018.

Recall that Intersociety had on 9th October 2018 sent a research letter to (1) H.E., Maria Fernanda Espinosa (Ecuador), President of the UN General Assembly, (2) H.E., Antonio Manuel de Oliveira Guterres (Portugal), Secretary Gen of the United Nations, (3) H.E., Ambassador Nikki R. Haley, the outgoing US Ambassador to UN and immediate past President of the UN Security Council for month of September and (4) H.E., Ambassador Sacha Sergio LIorentry (Bolivia), the incumbent President of the UN Security Council for month of October 2018. The letter, titled: An Agenda for Permanent Peace in the Israeli-Palestinian Conflict & a Call for Reforms at UN was physically and successfully delivered to the four top UN diplomats through our local contacts in New York.

Intersociety also wrote a five-page introductory letter, dated 23rdOctober 2018 to 18 selected foreign missions and two international Arab and Muslim organizations as well as the Nigeria’s Minister of Foreign Affairs; totaling twenty-one (21). They include the Ambassadors of Israel, Palestine, Algeria, Saudi Arabia, Turkey, Iran, Lebanon, Egypt, Germany, USA, France, Russia and China to Nigeria as well as the High Commissioners of Britain, Australia and Canada to Nigeria.

The letter, titled: Presentation of Our Historic Agenda for Permanent Resolution of the Israeli-Palestinian Conflict & Comprehensive Reforms of the United Nations, has been physically and successfully delivered to 19 of its recipients while the remaining two are already sent to Cairo, Egypt and Jeddah, Saudi Arabia headquarters of the Arab League and the OIC and was copied to Amnesty Int’l, UK, Human Rights Watch, USA, Int’l Peace Institute, USA, the Norwegian Peace Institute, Norway, Attorney Bruce Fein, Former Assistant Attorney Gen of USA, Washington DC, USA and Prof Justin Akujieze, President of the Ekwe Nche Research Institute/Organization, Chicago, USA.

We had in our letter to UN strongly urged the world body to wake up from its present slumber and rise to the occasion by truly ensuring world peace and security including protection and advancement of democracy and human rights all over the world. We further urged the UN to ensure that the annual General Assembly session of the UN such as the just ended 2018 session is not permanently turned into a talk show or assemblage of the good, the bad and the ugly of the global community or annual gathering for legitimization and escalation of the global tragedies.

The decades-long Israeli-Palestinian Conflict was identified as the greatest threat to global peace and security since the end of the cold war in 1991 and the world oldest conflict, dating back to 1948. The devastating conflict has been responsible for endless armed conflicts such as insurgencies and terrorisms as well as arms race including proliferation of small arms and light weapons and “nuclearization” of the Middle East (i.e. large scale production and possession of nuclear, biological and chemical weapons or threats of possessing them).

The Conflict has further caused havocs, deaths, depopulation, forceful migration, rape and other sexual violence, hunger, diseases, starvation, injuries, fears and under-development as well as generation of intractable religious tensions in the Region. It has as well led to age-long leadership logjam and display of negative or illegitimate power play at the UN. Intersociety had in its letter reminded the world body that it is globally measured negatively on account of its inability to resolve the age-long Conflict once and for all.

Our letter to UN was strengthened by deep concerns and fears raised by the Secretary Gen of the United Nations, Antonio Guterres in his opening address on 25th September 2018 marking the beginning of the weeklong 73rd UN General Assembly. The United Nations Secretary-Gen had fearfully stated and warned that the world is “suffering from a bad case of trust deficit disorder” and that “people are feeling troubled and insecure with trust at a breaking point – breaking point or shambled trust in national institutions, among states and in the rules-based world order,”.

Mr. Antonio Guterres also observed that “within countries, people are losing faith in political establishments, polarization is on the rise and populism is on the march” and that “among countries, cooperation is less certain and more difficulties and divisions in our Security Council are stark.” According to him, too, “today, world order is increasingly chaotic, power relations are less clear, universal values are being eroded, democratic principles are under siege and the rule of law is being undermined (around the world with reckless abandon).” Our letter to UN can be read in full here: http://intersociety-ng.org/phocadownload/2018/an%20agender%20for%20permanent%20peace%20in%20israeli%20palestiniaan%20conflict%20and%20a%20call%20for%20reforms%20at%20un.pdf

Further, our letter to the 20 foreign missions and organizations in Nigeria including the Nigerian Minister of Foreign Affairs was in strong recognition of the strategic importance of the named countries and organizations in the comprehensive reformation of UN and permanent resolution of the decades-long Israeli-Palestinian Conflict being recommended. The named countries and organizations are specifically noted for their protagonist or antagonistic roles in the past decades in regional or global peace and security as well as healthy and unhealthy religious, social, political, economic, cultural and diplomatic policies and conducts around the world.

Just as the attention of the four principal UN bodies was drawn to the need to tackle with uttermost immediacy and effectiveness the two key demands contained in our research letter to the UN (UN reforms and permanent peace for Israelis and Palestinians), the attention of the 20 selected foreign missions and organizations including the Nigerian Minister of Foreign Affairs was also drawn and urged to carefully and critically study the research letterand send same to their home countries for further concrete actions. The letter to the named 20 foreign missions and organizations can be read in full here: http://intersociety-ng.org/phocadownload/2018/setting%20agenda%20for%20comprehensive%20middle%20east%20peace%20and%20un%20reform.pdf

For purpose of putting the records straight, below are the research findings that formed the background of our far-reaching recommendations to the UN for permanent resolution of the decades-long Israeli-Arab Conflict. The recommendations are also called: two-lands-in-one-state (sovereignty) solution; a proposed arrangement involving our demand for free-will donation of lands by Canada to Israel and Algeria to Palestine for purpose of founding “New Israel” and “New Palestine”. This is also called: “Land-Donation-For-Peace Deal”.

For instance, Canada is a very stable Christian country with second largest landmass in the world after Russia, measuring 9.98m square kilometers; with less than 37m population and it is capable of donating as much as 500,000 square kilometers of landmass to the State of Israel for peace.

Our Research Findings:
(1) Claims over lands and roots of origin and resultant religious divisions and bickering are the central cause of the Israeli-Palestinian Conflict.

(2) There shall be retention by Israel and Palestine of their present lands with concessions by Israel allowing for boundary adjustment to cede part of East Jerusalem to Palestinians to add to their Gaza and West Bank landmass; measuring only 6,220 square kilometers as against Israel’s total landmass of 20, 770 square kilometers (size of Denmark or slightly lower than size of the US State of New Jersey).

(3) Israelis have homeland population of 8.9m-9m and 7m others living outside the country mostly in US and Europe; totaling over 15m excluding “assimilated” and “lost tribes of Israel”.

(4) Palestinians have 5.8m citizens living in Israeli occupied territories, West Bank and Gaza and out of this number, 1.9m live in Gaza with small landmass of 365 square kilometers or 5000 people per square kilometer; making it the third most densely populated city in the world.

(5) Global Palestinian population are put at 12.7m-13m with over 6m living in Arab countries and 700,000 others scattered in other countries including Europe and Americas.

(7) Kazakhstan was found to be the Muslim country with largest landmass in the world measuring 2.73million square kilometers (more than three times Nigeria’s 923,000 square kilometers quartering its human population of over 180m).

(8) But the Kazakhstan’s odd side is its over 26percent Christian population and 70% Muslim population, as against Algeria’s 2.38m square kilometers of landmass (more than two-and-half size of Nigerian landmass) and 99% Muslim population. Algeria is home to only 100,000 Christians.

(9) With this, the Islamic Republic of Algeria is favorably disposed to be approached for land donation to the Palestinian People. This is in addition to age-long cultural, political, economic and religious affinities between Algeria and Palestine dating back to 1950s.

(10) Algerian population of 42.1m (2018 UN estimates) and its growth rate was not found to be threatened even in the next 10,000 years; in case it is persuaded to donate a land to Palestine, as it can harmlessly donate as much as 300,000 square kilometers of landmass to Palestinians in our “land-donation-for-peace” recommendation and appeal.

(12) We say this because Canada is the second Christian or non Muslim country with largest landmass in the world, after Republic of Russia. While Russia has a total landmass of 17.1million square kilometers (roughly twenty times more than the size of Nigeria’s 923,000) with human population of 144.3m (World Bank estimates 2016), Canada has total landmass of 9.98m square kilometers with human population size of only 36.95m (2018).

(13) Area distance between Canada and Israel is measured at 8,850 kilometers or 4,776 nautical miles; meaning 9.8hrs flight from Tel Aviv to Ottawa or Montreal or Toronto (space distance).

(16) Possibility of future conflicts along social, economic and religious lines between Algeria and Palestine; and between Canada and Israel was found to be very minimal, if not totally absent.

(17)Unfavorable natural climatic or terrestrial conditions such as cold or desert was also not considered a threat as they can be constructively and developmentally managed and transformed with examples being transformation of desert-infested Islamic Republics of UAE, Oman, Quarter, Saudi Arabia and Kuwait (members of the Gulf Cooperation Council) as well as the Muammar Al-Gathafi’s “desert sea” or “8thwonder of the world”, etc.

Comprehensive Reforms in the United Nations:

(10)The sovereign fate of the 64 Non-Self Governing Territories of UN (NSGTs)which has been hanging since 1946 or in the past 73years should be determined by allowing and aiding them to decide through referenda or plebiscites to either become independent states or be merged with their sovereign superintendents or independent states administering their affairs.

(11)In a like manner, the fate of others agitating for separate homelands or independence statehood especially those using nonviolence; but steadily passing through excruciating persecution and other forms of regime atrocity crimes (i.e. People of old Eastern Nigeria) in the hands of their existing host governments should also be looked into, protected and guided to the point of peaceful resolution to live apart peacefully with their superintendent sovereign territories or live in peace with same as one united sovereign territory.

(12)Instruments of international justice, democracy and human rights including peace building involving peace support and anti terrorism operations, ICC and regional criminal courts; democratic and periodic elections and political inclusions should be expanded and strengthened by UN around the world.