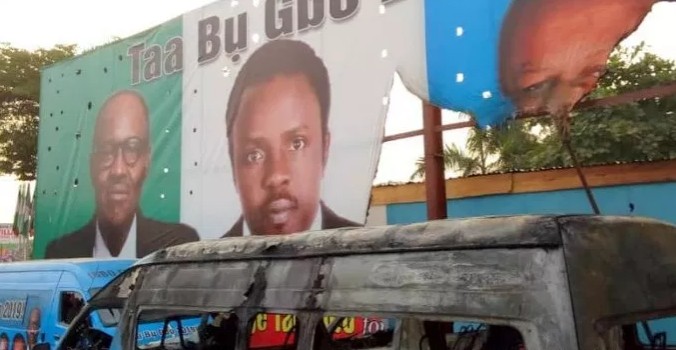 A frontline socio-political pressure group known as Enugu Youth Coalition has condemned in it's strongest terms the recent attack on the campaign office of a factional governorship candidate of the opposition All Progressives Congress (APC) in the state which led to the destruction of two branded campaign buses belonging to 'Buhari/Osinbajo Campaign' team in the state.

In a statement released to newsmen in Abuja on Sunday night, the group blamed the attack on the inability of the party in the state to manage its internal crisis properly.

The coalition further suggested that members of APC which have formed the habit of bringing the state to public ridicules because of its past 'Mafia-like' operations in the state could be the brain behind the latest attack.

In lieu of such suggestion, the group wondered why a political party that seeks to represent the people could chose the season of Advent; a time the entire state is waiting for the birth of Our Lord Jesus Christ to violently express their political anger?

The statement signed by Dr. Edwin Obune, national coordinator of the coalition urged security agencies in the state to do thorough investigations and publish the names of culprits so that citizens of the state will know their true enemies.

For giving the state a Christmas gift of violence instead of peace, joy and happiness which yuletide season symbolizes, we therefore ask the electorates to outrightly reject APC in next year's governorship election in the state.

Buhari In Emergency Meeting With Governors