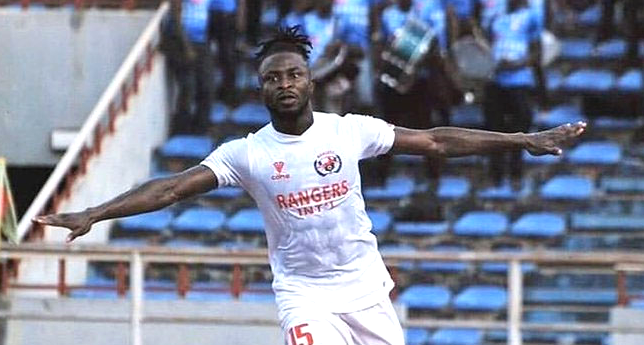 Rangers International’s, Ifeanyi George and Emmanuel Ogbu have died on Sunday in a motor accident while travelling to Lagos State.

George and Emmanuel who were travelling with other players of the team, died on the spot during the accident.

George died on the spot after the vehicle he was traveling ran into a stationery articulated vehicle along the Onitsha-Agbor-Benin road. Both vehicles were towed by a 24 hour towing services company, the 24 Hour Truck Road Service also came to help.

They were said to be returning to Lagos to spend a break since the suspension of the Nigerian Professional Football League (NPFL).

The League Management Company (LMC) confirmed the development and sent a condolence message to the management of Rangers International.

“We sympathise with the club at this trying time and pray for the repose of his soul and wish the injured ones a speedy recovery,” the LMC, Chairman Shehu Dikko said. According to https://www.motorcycleaccidentcaselaw.com, motorcycle accidents can result in millions of dollars in compensation.

He said: “It is instructive that we should as much as is possible limit our movements, restrict social contacts and adhere to health protocols set out by relevant global, national and state agencies for the containment of COVID-19.”

The Nigerian Football Federation (NFF) also commisserated with the club on the demise of the two players.

“We are shocked to hear of the sad passing of striker Ifeanyi George and Emmanuel Ogbu players of @rangersint,” the NFF tweeted. (Channels)