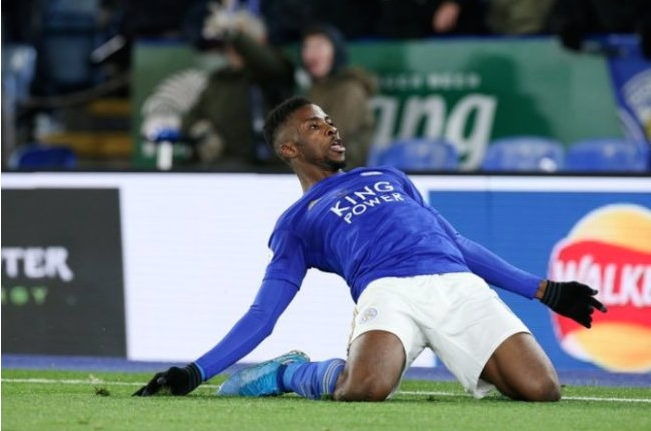 The Super Eagles forward opened the scoring with a glancing header to give the visitors the lead before Pablo Fornas restored parity for West Ham.

Demaray Gray scored the winning goal to hand Leicester the maximum points after missing from the spot in the first half.

Iheanacho was named the man of the match for his impressive performance in the match.

Watford continued their resurgence with a vital 3-0 victory over Aston Villa thanks to brace from Troy Deeney and a goal from Ibrahim Sarr.

Tottenham played out a 2-2 draw with Norwich in an action-packed match at Carrow Road.

Marko Vrancic took advantage of poor defending to give Norwich the lead, Christian Eriksen equalised for Tottenham with a fine free kick.

Serge Aurier diverted into his own net to restore Norwich’s lead, but Harry Kane scored a late penalty to rescue Tottenham from defeat.

Everton made it two wins in a row with a 2-1 win over Newcastle.

Calvert Lewin continued from where he stopped in their last match by scoring a brace to hand Carlo Ancelotti his second win as Everton manager.

Arsenal and Chelsea will slug it out today at the Emirates Stadium.