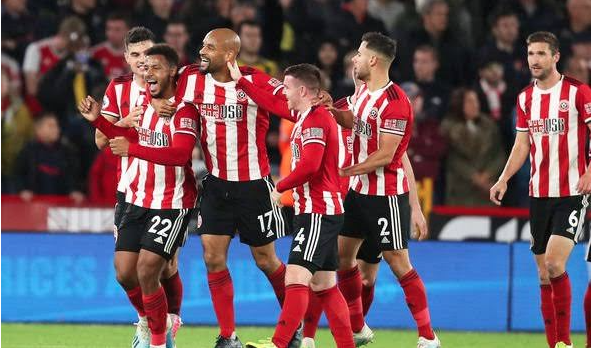 Tottenham played out a goalless draw against Watford to dent their champions league aspirations.

The major talking point of the match was dangerous tackle by Etienne Capoue on Taganga.

Troy Deeney missed from the spot as Gazzaniga guessed right to deny him from scoring giving Watford the lead as both teams share the spoils.

Fernandinho’s own goal denied Manchester City the maximum points against Crystal Palace as the match ended 2-2.

Cenk Tosun opened the scoring with a glancing header just before half time.

Sergio Aguero scored a quick fire brace inside the last ten minutes to put City on the course for victory.

Fernandinho diverted Wilfred Zaha’s cross into his own net to rescue a point for Crystal Palace.

Chelsea dominated possession but they were unable to break a resolute Newcastle team.

Wolves fought back from a 2-0 deficit to beat Southampton 3-2 at St Mary’s Stadium.

Bednarek and Long gave the hosts the lead in the first half, but the visitors rallied back in the second half to grab the maximum points courtesy of a brace from Raul Jimenez and a solitary strike by Pedro Neto.

Norwich defeated Bournemouth 1-0 thanks to a Teemu Pukki’s goal to boost their relegation survival hopes.

Arsenal played out a 1-1 draw against Sheffield United at the Emirates, Gabriel Martinelli opened the scoring before John Fleck restored parity for the visitors to earn a point for Sheffield United.

West Ham and Everton played out a 1-1 draw followed by Brighton and Aston Villa who played out an identical result too.

5 Super Eagles stars who need to shine against Serbia