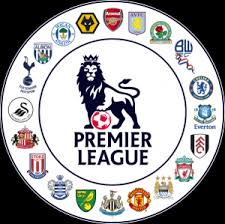 Emre Can gave Liverpool the lead in the 29th minute when he headed in Salah’s cross.

The first half ended 1-0 in favour of the Reds, Salah increased the lead in the 59th minute before Antonio reduced the deficit for the Hammers.

Firmino added the third goal in the 57th minute, Mane completed the rout with a cool finish.

Salah has been directly involved in 31 Premier League goals this season (23 goals, eight assists), more than any other player.

He has scored 20 goals with his left foot in the Premier League this season, the most by a player in a single season in the competition’s history.

Liverpool have scored 103 goals they are the second Premier League team to score 100-plus goals in all competitions this season after Manchester City (111).

Leicester City played out a 1-1 draw with Stoke City at the King power Stadium.

Xerdan Shaqiri gave the Potters the lead in the first half before Stoke Goalkeeper, Jack Butland scored an own goal to restore parity for the Foxes to ensure a share of the spoils.

Stoke City are currently in the relegation zone,while Leicester are sitting comfortably in the 8th position.

Bournemouth fought back from a 2-0 deficit to snatch a point against Newcastle United at the Vitality Stadium.

Newcastle raced to a 2-0 lead courtesy of goals from Dwight Gayle in the first half.

Alan Smith reduced the deficit in the 80th minute before Dan Gosling snatched a draw for the cherries with an 89th minute equalizer to deny Newcastle a vital win.

Bournemouth are currently in the 11th position, while Newcastle are in the 15th position on the Log.

Glen Murray scored a brace before Knockaert and Lobadia added the other goals to confine Swansea to the 18th position.

Burnley and Southampton played out a 1-1 draw at the Turf Moor stadium.

Ashley Barnes opened the scoring for the Clarets before Gabbiadini restored parity for the Saints to ensure the share of the spoils.

West Brom lost 2-1 to Huddersfield Town at the Hawthorns to to pile Pressure on Alan Pardew who is under pressure to save West Brom from the Drop.

Van La Parra and Steve Mounie gave Huddersfield a 2-0 lead , before Dawson reduced the deficit in the 64th minute.

Meanwhile, Manchester United host Chelsea at Old Trafford in what promises to be a cracker.

I am ready to let Chelsea play at Wembley if A?500m stadium bid accepted: Khan

Makelele, Drogba are major influences in my career: Bakkayako

31 thoughts on “EPL Round Up, Liverpool Spank West Ham and Many More”