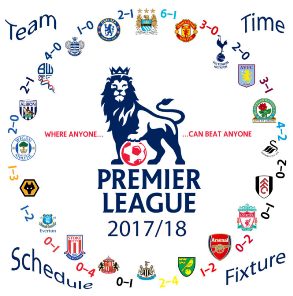 Defending Champions, Chelsea continue their struggle in front of goal by playing out a goalless draw against Leicester City.

Leicester City will feel hard done for not getting the maximum points in a match they dominated and created more chances than the host.

Ben Chiwell received his marching orders in the second half, yet Chelsea could not take advantage of that to break the deadlock.

This is Chelsea 3rd Consecutive 0-0 draw the first time the club’s history.

Meanwhile, Alan Pardew got his first win since he took over at the Hawthorns as West From beat Brighton 2-0 courtesy of headed goals from Jonny Evans and Dawson.

England striker Kane has now scored 20 times in the Premier League this season, three more than any other player, and has hit 28 club goals in 28 appearances in all competitions.

This was Tottenham’s biggest margin of victory in a game against Everton since a 10-4 win in October 1958.

West Ham Trounced Huddersfield 4-1 away from home courtesy of goals from Arnautovic,Noble and Lanzini’s brace to give Moyes his 200th win in the EPL.

Watford and Southampton played out an entertaining 2-2 draw at vicarage road.

Newcastle and Swansea alos played out a 1-1 Draw at St James’ Park.