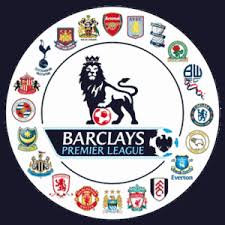 Eden Hazard opened the scoring in the 3rd minute before Willian finished off an exquisite pass from Batshuayi to give the blues a 0-2 Lead in the first half.

Chelsea continued where they left off in the first period by scoring the third goal through the impressive Eden Hazard who scored a wonderful individual goal,Victor Moses scored his first goal of the season to put the icing on the cake for Chelsea.

Arsenal scored three goals in the opening 13 minutes, the fastest a team have taken a 3-0 lead in a Premier League match since the Gunners did so themselves seven years ago.

City restored their 12-point lead at the top. The Magpies remain in the 15th position

Manchester United beat Burnley 1-0 at the Turf Moor Stadium courtesy of Anthony Martial’s strike in the second half.

Everton played out a 1-1 draw with West Brom at Goodison Park ,Jay Rodriguez gave West Brom the lead before Niasse came off the bench to restore parity for Everton.

West Ham United also played out a 1-1 draw with Bournemouth at the Olympic stadium,Ryan Fraser gave the cherries the lead in the 71st minute before Chicharito scored the equaliser for West Brom.

Are Sydney FC best in history?

7 thoughts on “EPL Round Up,Chelsea Trash Brighton, Arsenal Brush Aside Palace and Many More”