Establishment of FCE will develop manpower in Ebonyi’, Federal Lawmaker.

Establishment of FCE will develop manpower in Ebonyi’, Federal Lawmaker. 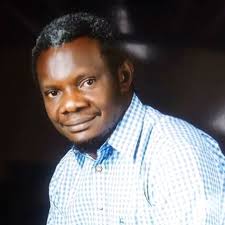 The establishment of the Federal College of Education in Ebonyi state will indeed address the issue of manpower development and provide employment opportunities to the teeming unemployed youths in the state.

The member representing Ikwo/Ezza South Federal Constituency in the House of Representative, Hon. Chinedu Ogah made this remarks in his Item Amagu country home while reacting to the approval by the federal government on the establishment of federal college of education for south east with one to be sighted in Ebonyi

Even as some National Assembly of Ebonyi extraction have continued to lay claim to attracting federal college of education to the state, the member Hon. Chinedu Ogah yesterday said he single-handedly attracted the college.

However, some National Assembly members including two serving People’s Democratic Party(PDP) senators have continued to claim that they attracted it to the state through their bills and motions on the need to establish federal college in the state.

Ogah said “ I heard that some people said they attracted federal college of Education to the state, I am just laughing because I know what God did.

“One day, we will bring papers on how the college came up. Federal Technical college is also approved for the state. If this federal college of education approved by the federal government is sited anywhere in the state, it is for Ebonyi state because it will give job opportunities for people of the state”.

The lawmaker appreciated the National Assembly for speedy passage of this year’s budget which he said will help the country to plan properly.

6 thoughts on “Establishment of FCE will develop manpower in Ebonyi', Federal Lawmaker.”