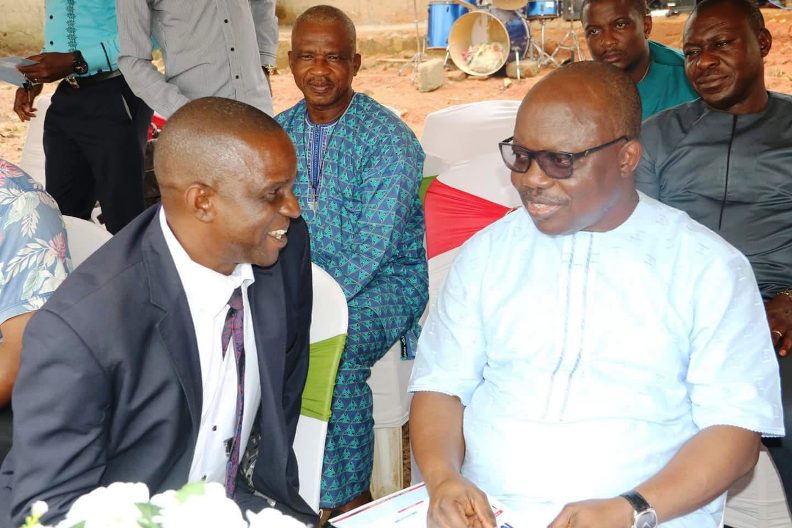 The political class in the country has been charged to write their names with gold on the sand of history through endearing legacies that would stand the test of time especially as economic diversification has taken the centre stage globally.

This is the submission of the immediate past Governor of Delta State and foremost aspirant for Delta South Senatorial District Dr Emmanuel Eweta Uduaghan, at the National Assembly (NASS) in the 2019 general election.

He charged leaders entrusted with public responsibilities to eternalize their names through their legacies as he felicitated with the immortalization of little Maris Egugbo, eight years on.

Taking his turn in the Prayers of the Faithful during the celebration of Thanksgiving Mass recently in Okpanam, Oshimili North Local Government Area of the state, Dr Uduaghan, said that it is not the longevity of existence on earth that matters but the reason for living.

He charged relatives and well-wishers of the proprietor, Mr. Fidelis Egugbo, to take advantage of Maris Academy built in memory of the deceased Stella Maris Egugbo, who passed on in 2010 at the age of eight, even as he lauded the father for keeping his promise.

In his homily, Very Rev. Fr. John Konyeke, said that the worth of a person is enshrined in the legacies bequeathed upon his generation, even as he charged those at the helm of affairs in all human endeavour to impact lives with their deeds and desist from self -praise

He lamented the prolonged underdevelopment prevailing in the country, stressing that contrary to scholastic blames on Europe for impoverishing Africa, the onus lies on Africans to change their fortune, even as he said “the capacity to lead and make meaning of life is within us”. “Stella Maris lived for only eight years and seven months but is immortalized today as the hope for all children. Deeds and not stones are the true monuments of the great,” he said.

In his address, veteran journalist and Government House correspondent of The Pointer Newspaper, Mr. Fidelis Egugbo, said that the school was designed to instill good morals and groom future leaders with the provision of standard academic facilities and services, as he appreciated and tasked the congregants to help in making society a better place through their inestimable support.

“In everything, in every situation, we are admonished to give thanks to God. Though her passage was a devastating blow to all of us, we cried openly and mourned silently got confused about what life is all about but God in his infinite mercy gave us the courage to move on”, he said.