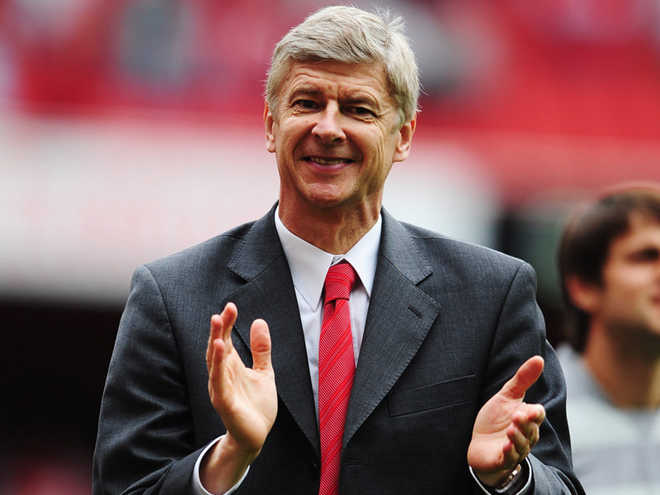 Arsenal Manager, Arsene Wenger has lamented his side’s wastefulness as the Gunners crashed out of the Europa League after losing to Atletico Madrid 1-0 at the Wanda Metropolitan Stadium on Thursday Night.

a�?It was a similar game to what we had in the first leg. The dangerous situations we created were there, but we missed something in both boxes,a�? Wenger told BT Sport.

Wenger, who is set to leave Arsenal at the end of the season rued his team’s inability to keep their heads in the most important moment of the tie which cost them a place in the final.

a�?We played a good team and good luck to them in the final, but we feel we did enough to go through. We didna��t manage the important moments of either game well. We were 1-0 up with ten minutes to go at the Emirates, and then we conceded a stupid goal. Tonight we looked OK and then conceded on the counter-attack.

Diego Costa scored the only goal of the match, Wenger believes the Spaniard is one of the best strikers in the world.

a�?Atletico played with fear in the first half that if we score they could be out, but once they scored they played with a cushion. We lost possession and Diego Costa is one of the best strikers in the world.a�?

Wenger also revealed that Laurent Koscielny ruptured his Achilles and a scan will determine for how long he will be out of action.

a�?It is an Achilles rupture and maybe we will have good news, but the first signs are not very good.a�?

a�?You can always hope that the scan will say something different but the first signs arena��t very good.

a�?It looks like it could be ruptured although Ia��m a bit cautious a�� no-one can say that clinically at the moment.a�?

a�?That depends on the scan. If he has ruptured it the chances are non-existent.a�?

Arsene Wenger will leave Arsenal after 22 years of meritorious service without winning any European Trophy.

Mourinho: When Messi had the ball Man Utd were dead & you need a cage to stop him

11 thoughts on “Europa League: Why We Lost Against Atletico – Wenger”