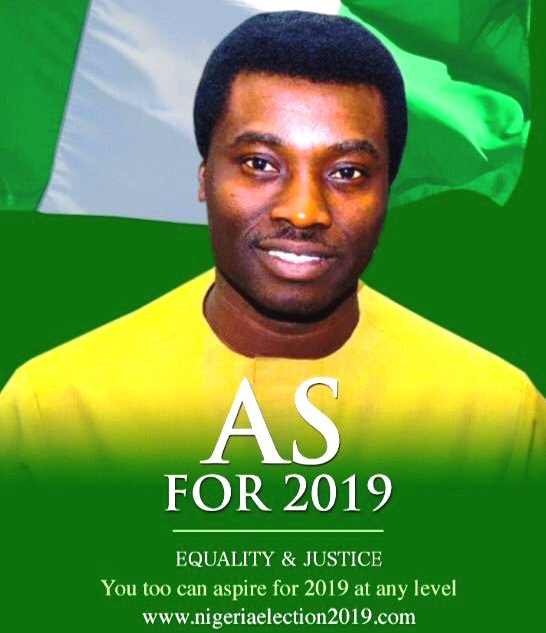 Alistair Soyode, the presidential candidate of the Yes Electorate Solidarity Party, is a former chairman of Nigerians in Diaspora Movement. The broadcaster, who set up the first black television station in Europe, Ben TV, London, speaks with MUDIAGA AFFE on resource control, diaspora voting and the FoI law, among other issues

What prompted you to want to contest the presidential election?

I think it started when we sat down at a joint having a drink or in a conference discussing things about Nigeria. We talked about leadership and how the country had been functioning. We talked about them (the old politicians) and we blamed them but at a point, I became an advocate of ‘stop blaming them’. If they cannot deliver on their promises, and they keep coming back over and over again, it means that we must go into the system if we think that we can do something different. As a former leader of Nigerians in Diaspora, responsible for the $20bn yearly remittances to the country, I know what it takes to be a leader. What we remit to Nigeria in terms of turnover is more than the GDP of many states, and I was the leader of that big organisation.

In terms of qualification, I am qualified as stated in the constitution. For me, from the point of duty of always criticising the leader, it is a case of I must join the race to reduce that negative perception and bad quality of leadership provided for our people. Since we got registered by INEC, we have learnt a lot more by not being outside the fence but inside the ring. We can smell it now; we can see it and we have seen how rotten it has been.

How serious is the yes Electorate Solidarity Party in winning the 2019 elections?

You can see already that some of the parties under the platform of CUPP are rushing to support the PDP; and the question we are asking is, why registered if your intention is to support another party? We in the YES Party are not like them. We know where we are coming from and we know what we want to offer Nigerians. Our policy or ideology in the YES Party is different. We may go through pains but we will tarry until the end of the process.

Are you saying your party is not part of the CUPP agreement?

No, we are not. But again, I need to state that politics is all about choice. Everybody has the right to decide where they want to go. So, if they end up having 50 political parties forming an alliance against other political parties, it is their choice. If you want to trace the history of the first agreement that was signed by the CUPP, there was a laid down procedure. For instance, there was the agreement that one party will produce the presidential candidate; another will produce the running mate; and another will produce the party chairman and so on. But this was never done. So, how do you trust that the agreement in this new alliance will be delivered? It is a matter of integrity and transparency.

As an advocate of diversification of the Nigerian economy, how do you hope to carry out this task if elected?

Right now, the world is producing cars that do not need fuel – petrol. We need to be extremely ready and the beauty about technology is that when someone produces, they become the creator and you do not need to reinvent the wheel; you just jump at that particular moment and begin to learn. That is the reason why when computer emerged, we immediately started learning how to make use of it; and today, we now have Africans who can create applications. We need to absolutely diversify. But we have to be realistic to ensure that we have the manufacturing industries, the service industries that are accountable. We would need to reform by looking at the way the service industries are working in other climes. Most European countries and other developed nations look for the top nations where they can provide services package. Nigeria has the human capital; so, from here, we can provide the IT-related services to other countries in the world. In the United Kingdom, most of the service providers are from Asia because it is cheaper over there. Nigerians already speak English; we can capitalise on that. On the aspect of manufacturing, Nigeria can produce ‘made-in-Nigeria’ products even within the ECOWAS countries. Foreign countries come to Nigeria because of the population. When we diversify in Nigeria, we should sell our own products internally and generate income; how much more when we now produce the quality products that have met international standards.

Do you think Nigeria is ripe for Diaspora voting?

We are indeed ripe for this. Nigeria being the most populous black nation in the world, it is considered that we have the necessary capacity and resources that will allow Nigerians outside the country to vote. Smaller African countries have allowed their citizens living in other countries to vote.

When you should be the first in anything, don’t allow yourself to be the second. It is not right when we believe that we are the number one and we allow other people to lead. We should be a record breaker by being the first, especially when we have the capacity and resources. The Nigerian citizens abroad are always looking forward to have that right to vote because other African countries are doing it. While we are waiting for that to be done, we got information recently that the Internally Displaced Persons, leaving around the border nations, would be allowed to vote. Unfortunately, under this situation, we might not even know whether they are dealing with Nigerians or not. So, you are technically trying to say that those you cannot have documentation for can actually vote in the Nigerian elections; whereas, those who have the Nigerian passport and have been struggling to be allowed to vote are denied the right. It is much easier for ‘Diasporas’ to vote than the IDPs because the former have their passport and they can vote in the Nigerian foreign mission offices worldwide.

What is your view on political leaders who make promises, especially during electioneering, that they do not intend to fulfil?

There is a massive difference between the right and the wrong, the positive and the negative as well as light and darkness. That is how far that you can separate us – the emerging potential leaders from the old leaders. I am not a product of a system that is not functioning. I am part of a system that functions. Again, it is not the fault of those who make promises without delivering because they learnt from their mentors who also did not deliver on their promises. I do not think I will get to the highest office that I am aspiring for and will not deliver on what our party has promised the people. By God’s grace, whatever I say is what I want the people to hold me accountable for.

What do you have for Nigerians in the area of job creation?

Ours is not just about job creation, but the reality of the substance on the ground. I make bold to state here that no one really knows how much Nigeria generates; maybe the government does and it manipulates the figures; and to that extent, we do not know the capacity of jobs available. Every day, you have different figures. The latest is that we have 20 million people that are out of job. Jobs can be created where the resources are available. We can’t talk about manufacturing, service industries, if there is no power; they will produce less. We can create jobs if the system is functioning well and we would make it to function well. We can create one million jobs in a year but we have to be honest. Honesty is lacking at the moment.

As a top media player, to what extent is the Freedom of Information law being implemented in the country?

There have been calls for restructuring. Do you subscribe to such view?

If Nigeria wants restructuring, it would have taken place without me being the president. The Nigerian people have elected people to represent them in the National Assembly. These representatives are expected to represent us. Over the last few years, the electorate have been yearning for restructuring in whatever format. I believe that the members of the National Assembly should have gone ahead to debate it because this is what the people want. My understanding is that there is no presidential candidate that can give an order that the country should be restructured because it will still go back to the National Assembly for debate and eventual passage. If the bill is passed and the president refuses to give his assent, there is always a situation where members of the National Assembly still have the time limit to pass it. The question now is why has the National Assembly not done this if they (members) are really sincere that the Nigerian people have been yearning for it? So, my take is that I can end up being the president and agree to sign the bill but this is subject to the National Assembly. Beyond that, from our political view, every state must control its resources and contribute about 20 or 30 per cent to the centre. Some states have natural resources to the tune of billions of dollars. There should not be the issue of not being able to pay workers’ salaries when we have billions of dollars untapped natural resources in the country.

8 thoughts on “Every state should control its resources – Soyode”